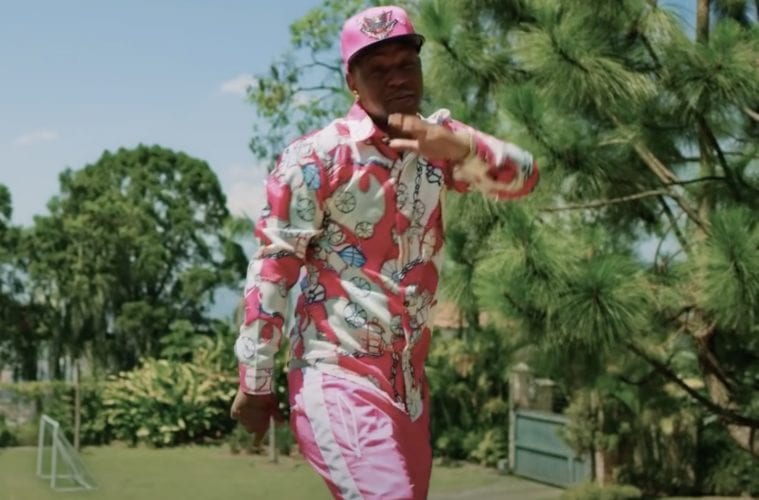 Cam’ron Now Has Beef With Wikipedia Over His Infamous “No Homo” Phrase: “This Is Where They Saying It Started?!”

New York rapper Cam’ron is ready to light a fire on all of Wikipedia’s digital pages. The hip-hop veteran went online this week to target the online encyclopedia for its perception of where his expression “No homo” originated.

On Friday, Cam’ron jumped on Instagram to troll on Wikipedia. Cam appeared to have his own take on where the catchphrase started.

“So “No Homo” (no offense to homosexuality) has a Wiki? And this is where they saying it started?! Smh 🤦🏽‍♂️ #georgefloyd still is the focus 👁” -Cam’ron’s Instagram

In the mid-2000’s, Cam explained why he used the expression “No homo” in his everyday talk. Killa also made sure to say the phrase wasn’t about letting people know his sexuality.

“With me, ‘No homo’ is just installed in my vocabulary. It’s like even if I’m in a meeting, I’ll be with my lawyer and say something like ‘No homo’ and my lawyer be like looking at me and I’m like, ‘I know you have know idea what I’m talking about but I need to say that because I said something real homo, no homo.’ [Am I gay?] Not at all, far from it. It isn’t about being gay. It’s about saying something gay. For instance, my man Jim Jones said ‘I’ma beat you with that ’til all the white stuff come out of it.’ That’s wild homo. Telling somebody else that. No homo, he didn’t tell me that. You understand what I mean? This isn’t even about being gay, it’s about saying something – this is about saying gay things by accident. No homo. This isn’t about being gay.” (Hot 97)

A few years back, Cam flipped the expression into an actual song. The rap heavyweight released his “Silky (No Homo)” record to the masses.

Back in 2009, Cam let loose the truth behind where the expression stemmed from. He also applauded longtime pal Lil Wayne for keeping the catchphrase going at the time.

“A friend of mine, son, he’s like three or four, he’s like, ‘Lil Wayne made up ‘No homo” but those kids, younger kids are getting into it, too – I think Wayne just took it and crossed over with it. That’s my man. He can use it anytime he wants. I heard people messed with using it in songs. I think Lil Wayne crossed it over. I didn’t originate that. It’s from the East side of Harlem. I learned that from Jeffersons Projects on 115th and 1st. They’re the originators of ‘No homo.’ East side of Harlem. … First time I heard that phrase, 1990, 1991. It’s a 20-year old phrase.” (HHDX)