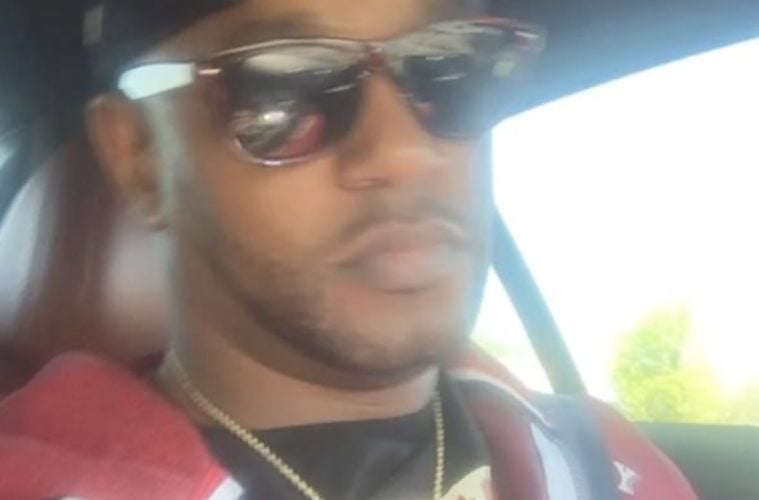 Cam’ron Speaks Up To Everyone Hating R. Kelly By Calling Out Playboy Founder Hugh Hefner

Over the past few hours, Killa hopped on Instagram with posts about Hefner targeting women for Playboy despite being underage.

So Niggas wasn’t mad at Hugh?..🤔 he snatched’m up at 16 Nigga Hugh put’m on front page. Can’t be more then one chick at my crib at a time. #NoYouCantBringYaFriend

For all ya defending Hugh. He had Brooke Shields naked taking pics in da tub when she was 10. Not defending “Robert” but it’s mad pedi’s (no feet) out here 🤷🏽‍♂️ see previous post

Nah B…Nigga R.. recruiting world wide.. did u get ya shots tho? Wild boy

This week, Cam shared a video explaining his torn issues toward Kelly amid Lifetime’s tell-all docuseries centered on his personal life.

This #SurvivingRKelly shit got me in here talking to myself.. I’m tryna be mad a Da R.. 😡and get this shit out my system

Despite the controversy surrounding it, Lifetime’s must-watch series has brought in historic ratings.

The premiere of Lifetime’s much-talked-about docuseries Surviving R. Kelly drew 1.9 million total viewers Thursday night, marking Lifetime’s best performance in more than two years in all key demos, and amid a flurry of attention on social media. The docuseries drew 1.2 million among adults 25-54, 1.1 million adults 18-49, 837,000 women 25-54 and 767,000 women 18-49, according to Nielsen Media Research. The docuseries also ranked as Lifetime’s best unscripted performance in more than three years in all key demos. (Deadline)

R&B singer John Legend has defended his decision to appear in the new Lifetime project.

We should all thank my friend @dreamhampton for her very necessary work to create #SurvivingRKelly. These survivors deserved to be lifted up and heard. I hope it gets them closer to some kind of justice.

To everyone telling me how courageous I am for appearing in the doc, it didn't feel risky at all. I believe these women and don't give a fuck about protecting a serial child rapist. Easy decision.

Also I'm happy to support the work of people like my friends at @ALongWalkHome who have been speaking out on behalf of the survivors for a long time.