Cam’ron Rides For Max B: “I’m From The Building Where The Wave Was Invented” [Video]

Dipset leader Cam’ron recently talked about his relationship with jailed Diplomat affiliate Max B and dished on the origination of his “wave” terminology.

In a new video, Killa Cam claims the wave trend originated from his childhood apartment building. 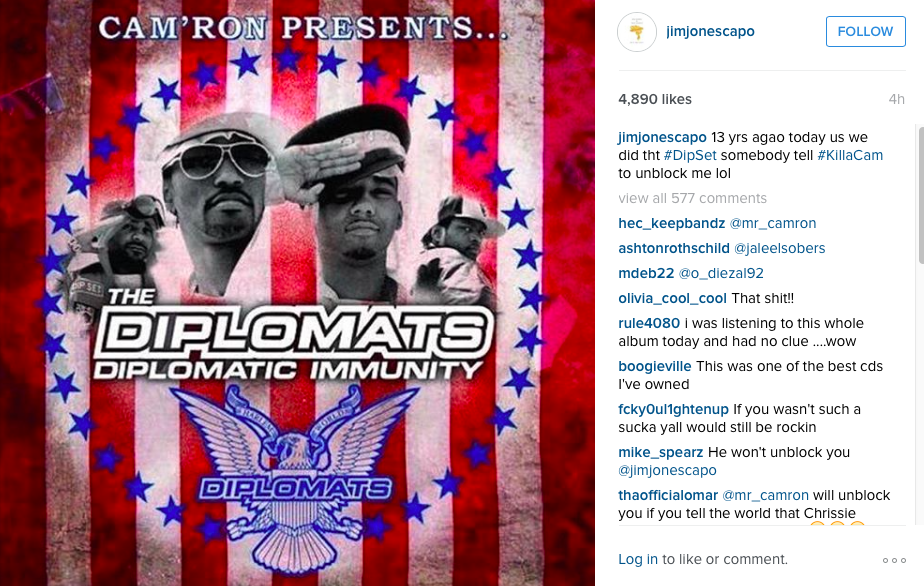 Kills Cam had since responded to Jimmy’s publicized remark on Instagram. “We’re going on tour in March and April for the Diplomat tour,” Cam said in an interview. “Then in May, Cam’ron, by himself, is going overseas in May. Then I start shooting The Percentage 2 and 3 in June and July. Then at the end of July, the Diplomat album is coming out and I’m going to start working on Purple Haze 2 for December. That’s what’s going on for this year.” (Revolt TV)