Dipset’s Cam’ron is letting the world know he is Harlem until his dying day. Killa went to social media with a throwback Thursday (August 25) shot.

In the new pic, Cam is shown alongside his Harlem World comrades. 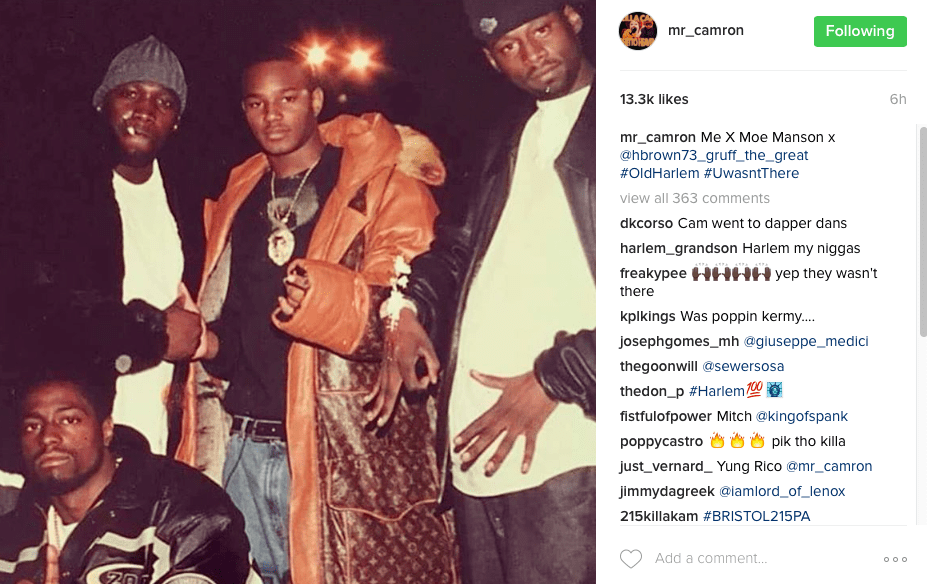 According to Cam’s Facebook page, his upcoming Killa Season 2 album will come out this fall.

In a recent interview, Cam announced his album Killa Pink would come out before Christmas.

“In November, when I put out my new album it’s called Killa Pink – and then I got the Reebok 2’s, the Flea 2’s, is gonna be made in pony skin with Killa Pink also.” (Complex)

In May, Cam shared a clip and tossed some hints at a new project being underway.

“N*gga, it’s album time – I know we in the album [mode] but it’s fabric season. That’s why I’m schooling this n*gga right here because when it’s fabric – it’s Killa time right now. We doing the album so I gotta get my groove. Pardon the fabrics though.”

@instarek caught me schooling my young boy.. Told'm it's fabric season and #AmbitionOverBeauty lucky my lady has both