Dipset leader Cam’ron feels like a proud brother right about now. The hip-hop veteran has shared his take on the unexpected feud between himself and former pal Ma$e.

Despite Ma$e’s “The Oracle” diss song coming over a decade late, Cam said he could only applaud the fellow rap veteran’s clapback.

This week, Mason Betha came forward to explain why he felt the need to drop his diss record.

A few nights ago, Ma$e promoted his “The Oracle” diss song with a picture of NBA icons Michael Jordan and Scottie Pippen. 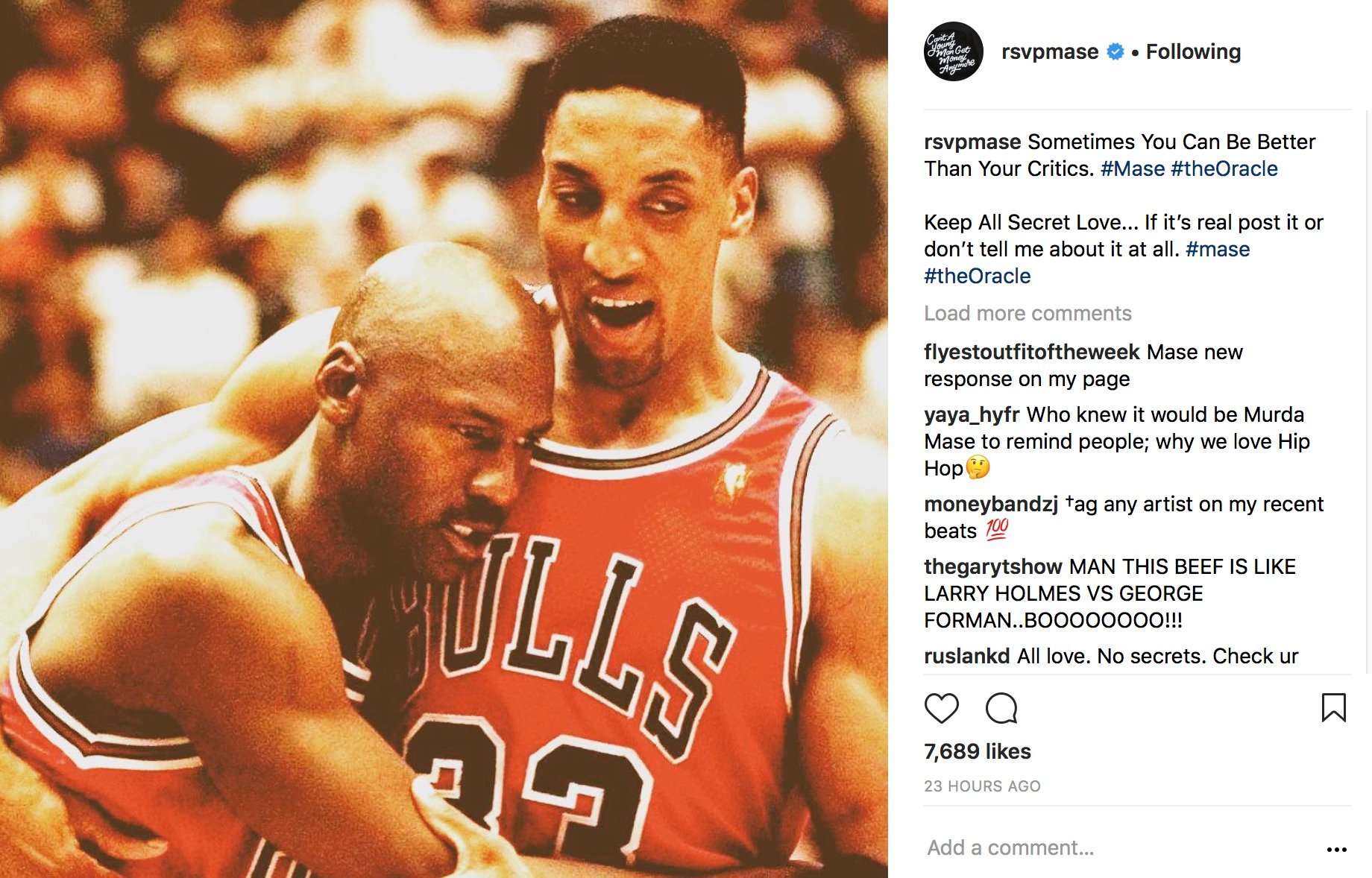