A screenshot has emerged of Juju clashing with an alleged Cam affiliate over sexually explicit topics.

Oop!! Looks like there is trouble in paradise for #CamRon and #JuJu…the alleged other woman posts screenshots of her and JuJu going back and forth in her comments 👀 (SWIPE)

Back in April, Cam shared a hilarious must-watch clip of himself and Ju.

Weeks prior, Cam revealed a social media user wanted to get in the bedroom with him and Juju. 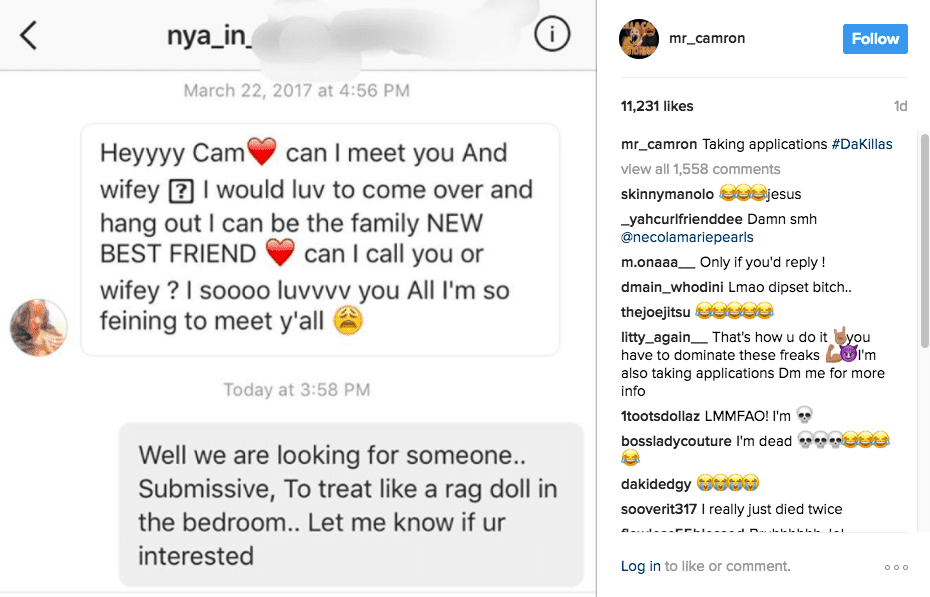 Earlier the same month, Cam publicly celebrated Juju’s birthday with a collection of moments together.

#PressPlay part2, @iamjuju_ time truly flies when your "blinded by the light" 😍wouldn't have had this much…….love/fun/excitement with anyone else. Happy bday 😘