New York rapper Cam’ron might have just saved the NBA Finals for LeBron James. The hip-hop veteran has come up with a solution for the Cleveland Cavaliers’ shooting guard woes.

Killa went to Instagram Friday (June 1) and playfully suggested he could take Cavs’ JR Smith‘s spot in the rotation.

Tryna figure out.. how I can take JR’s spot for the rest of the finals. 🤔 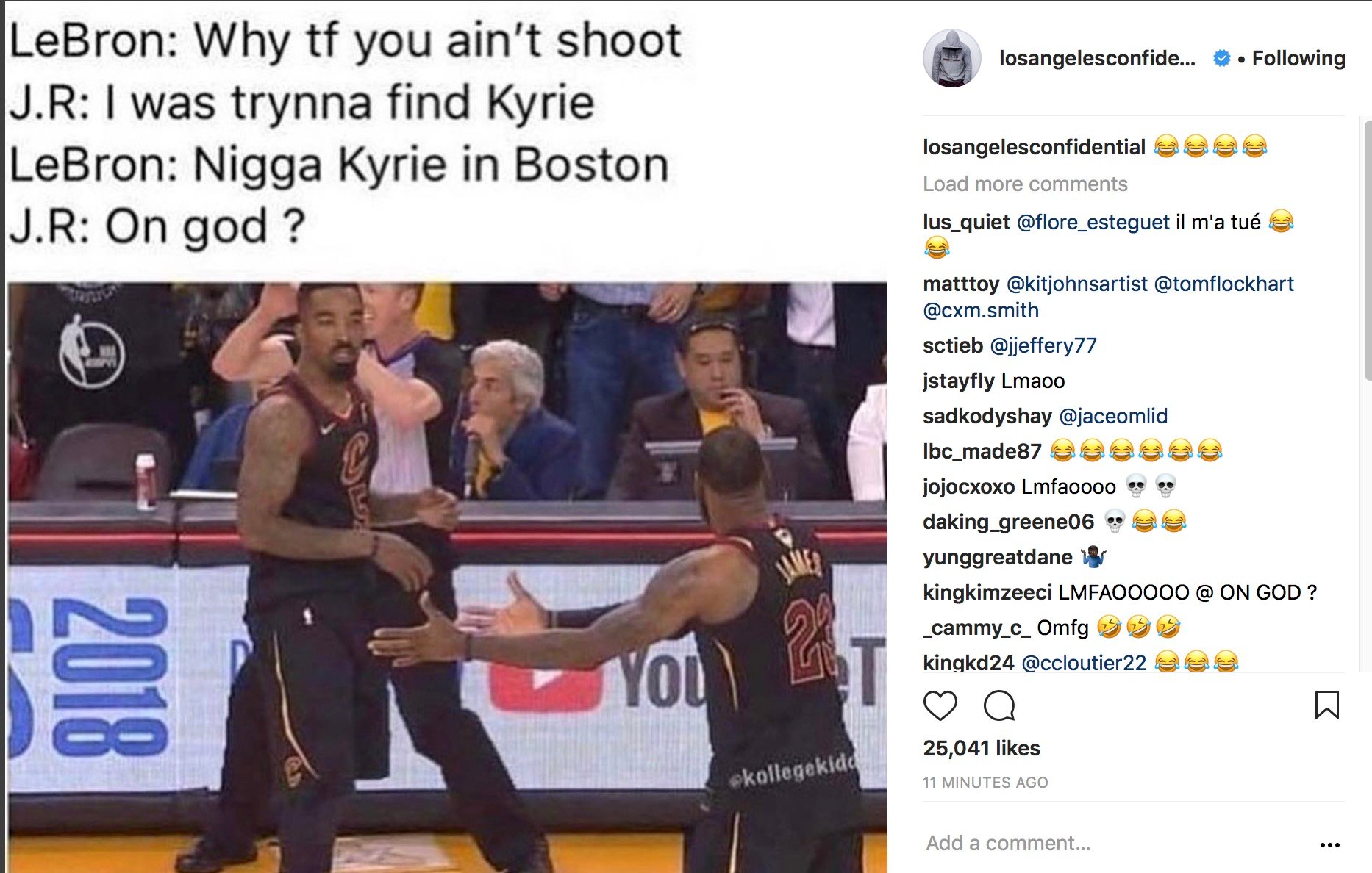 I AM IN FU#%^**** tears!!! OMMGGGGH THE INTERNET WILL FOREVER BE UNDEFEATED .. YO TEARS R RUNNING DOWN MY FACE

I see what’s going on this ain’t about the Bay Area , Cleveland this is about Basketball y’all Robbed this man and He’s playing by himself 51 points against four all stars y’all gotta stop this kills me as a Real basketball fan and that was a charge up two at the Oracle

My haters have arrived

This look says “Got dammit JR! This shit would never happen in Houston!” @cp3 gone bring that man here and let’s get these rings!

Nothing but love & Respect for Houston Helluva series @traeabn ✊🏾💯🙏🏾