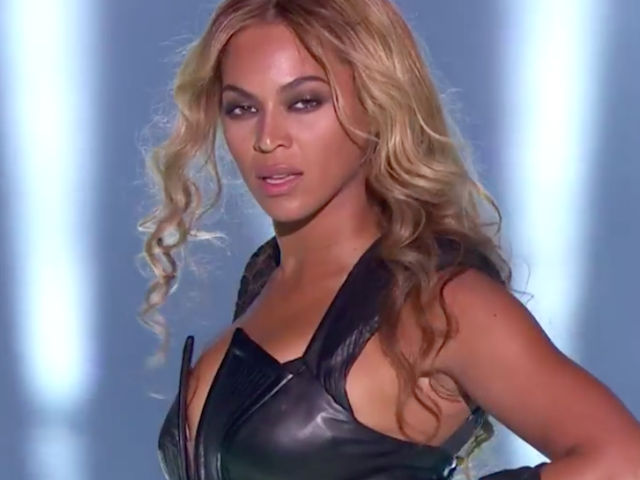 Call Up Jay Z, Beyoncé’s Headed Back To The Super Bowl

Grammy-winning singer Beyoncé Knowles-Carter is once again going to take center stage as a performer at next month’s Super Bowl 50.

Queen Bey will show off her vocal skills during the big halftime show in early February.

Pepsi confirmed to The Associated Press on Thursday that the 34-year-old singer will perform at the Feb. 7 show at Levi’s Stadium in Santa Clara, California. Last month, Coldplay announced it would perform at the halftime show. (ESPN)

Her hit-filled, hair-flipping performance was a marvel of intensity, like a two-hour concert condensed into a few minutes. She stood center stage, in silhouette, before belting out a bit of “Love On Top” from 2011 album “4.” It segued into “Crazy in Love,” and the first glimpse of her black leather and long legs. She was joined, as always, by her female band and dancers, who enjoyed a nice bit of spotlight during “End of Time” and “Baby Boy.” (Houston Chronicle)

After performing a few of her solo hits, Knowles-Carter surprised fans with an unexpected Destiny’s Child reunion.

Her set began with “Love On Top” from her lastest album 4. She followed with “Crazy in Love,” “End of Time,” and “Baby Boy” before being joined on stage by Michelle Williams and Kelly Rowland. The reunited Destiny’s Child trio sang “Bootylicious,” “Independent Women,” and “Single Ladies,” before leaving Queen B to reign supreme again. Beyonce then finished her show with “Halo.” (Entertainment Weekly)