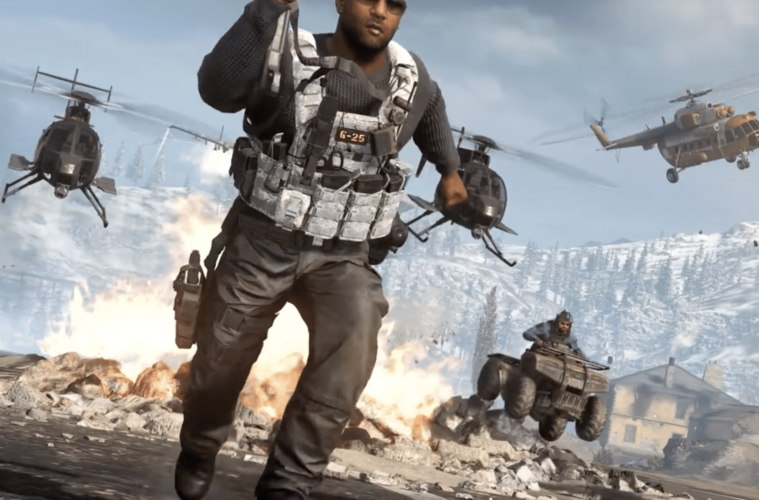 The Call of Duty franchise has just hit a new level of awesomeness. After months of major co-signs from rap stars like Meek Mill and Offset, the action-packed Modern Warfare release has introduced its new Warzone feature.

Peep the trailer and check out the full announcement below!

Welcome to Warzone, a new game-changing experience from Call of Duty®. Free-to-play and free-for-everyone, Call of Duty: Warzone is now available worldwide on PlayStation® 4, Xbox One, and PC. Warzone is an all-new experience from the world of Call of Duty®: Modern Warfare®, where up to 150 players can squad up with friends and drop into the fictional city of Verdansk, a massive online combat arena packed with non-stop action and endless fun. At launch, players will team up and fight as a trio across two epic modes, which includes a new take on the popular all-out survival Battle Royale mode with new and innovative ways to play, and an all-new original mode called Plunder, where teams battle to collect the most in-match Cash.

Published by Activision and developed by Infinity Ward and Raven Software, Call of Duty: Warzone is free for everyone to download and play. The full version of Call of Duty: Modern Warfare is not required to play Warzone.

In Warzone’s Battle Royale mode, drop into the massive Verdansk world with 150 players in teams of three to loot and fight to be the last squad standing in a colossal firefight. In this redefined Battle Royale, players of all skill levels and playstyles will find new ways to play and be rewarded in the survival game mode.

In addition, Warzone shares the same Item Shop and Battle Pass System as Modern Warfare which includes a new Operator, Weapons, Weapon Blueprints, Operator Skins, XP Tokens, and much more. The Battle Pass system allows players to unlock two free new functional weapons, up to 300 COD points, calling cards and more just by playing. Those who want to bring their game to a whole new level can purchase the Season Two Battle Pass for 1,000 Call of Duty Points for access to unlock up to 100 tiers of new content, including an instant unlock for iconic Special Forces Operator, Lieutenant Simon “Ghost” Riley.