Multiple Los Angeles County deputies are in critical condition after getting shot in an ambush. The officers were fired upon in their vehicle outside a public transit station in Compton, California.

According to reports, an unnamed gunman remains at large following the Saturday shooting. A search has continued for the person responsible for shooting two deputies multiple times and critically injuring them.

The officers were shot at the MLK Transit Center, a Metro station in Compton around 7 p.m. local time on Saturday, the authorities said. The Sheriff’s Department said on Twitter that the deputies had been “ambushed.” The deputies, a man, 24, and a woman, 31, who is the mother of a 6-year-old boy, were taken to a hospital, where they underwent surgery, department officials said. Alex Villanueva, the Los Angeles County sheriff, said the two deputies were sworn into office 14 months ago. (New York Times)

A description of the gunman has since been released and there’s a reported $100,000 reward for help in getting an arrest made.

The gunman, a Black male between 28 and 30 years old, was wearing dark clothing, the Sheriff’s Department said in a news release, offering a $100,000 reward for information that leads to an arrest and conviction. The gunman was last seen in a black, four-door sedan heading north on Willowbrook Avenue. (New York Times)

A video clip from the crime scene has gone viral courtesy of the LA County Sheriff’s Department.

President Donald Trump has since weighed-in on the situation and called the gunman an animal. The head of state went even further by threatening serious payback. 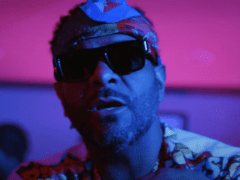