New York rapper Busta Rhymes brought it all the way back at the MTV Video Music Awards. The hip-hop veteran pulled through to Sunday night's event with longtime friend and collaborator Spliff Star for some unforgettable moments. For nearly 10 minutes, Busta and Spliff delivered all types of epic vibes. The duo performed everything from their “Put Your Hands Where My Eyes Can See” and “Scenario” classics to more modern hits like “Touch It” and “Look At Me Now.”

Another standout performance came in the form of Busta’s unforgettable “Pass The Courvoisier” anthem. The set reminded fans the Big Apple native has decades of hits to his name. 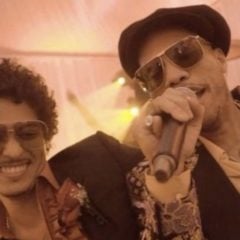