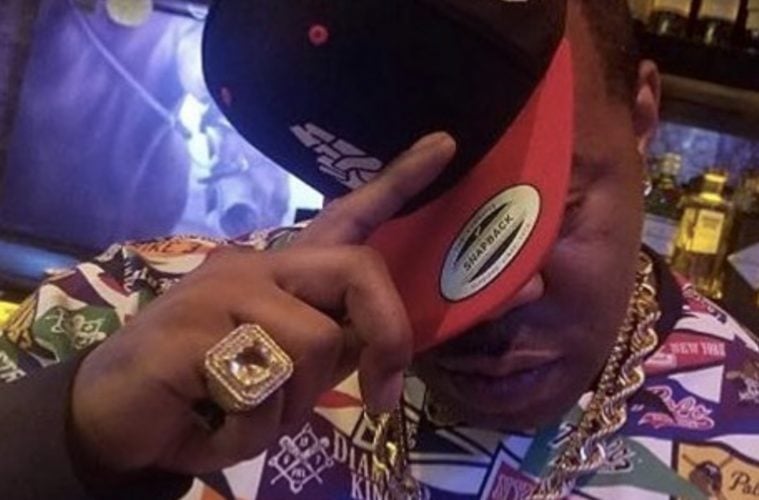 Busta went to Instagram this weekend to acknowledge the latest releases from music’s biggest hip-hop artists.

Greatness in HIP HOP has returned!! Real Rap shit!!!! You niggas wanna rap then let’s rap then!!!! A lot of you mu’fucka’s need to pick up these albums and learn and then thank these Great Minds IMMEDIATELY!!!

“I’m about to have my own private listening session to C5. I just gotta say, man, thank-you Lil Wayne ’cause beyond the fact you got me my first ever number one record, first ever Grammy, you taught me so much sh*t from far away. I just want to say thank-you for dropping that sh*t. Thank-you for reclaiming your sh*t and man, I’m ready to hear that sh*t yo. I had to kick everyone out the d*mn studio so I could really take this sh*t in.”

Lil Wayne has announced the final collaborative merch item around his latest album Tha Carter V. Weezy has partnered with the Advisory Board Crystals brand and Wikipedia for a new long-sleeve shirt that features various screen-printed graphics in a “visual representation” of his Wikipedia page. (The collaboration isn’t apropos of nothing: In the announcement video for Tha Carter V, Wayne proclaimed, “Wiki me bish.”) Advisory Board Crystals is set to donate a portion of their profits to the Wikimedia Foundation. (Pitchfork)

Abc. x Wikipedia x Wayne Available now for 12 hours Our official collaboration with @wikipedia follows Wayne's now famous exclamation in 'Tha Carter V' announce video "Wiki Me Bish." https://www.youtube.com/watch?v=pKWrzGKZoaQ (1:10m mark) This maximalist design is the visual interpretation of ‪Lil Wayne‬’s Wikipedia page. We will donate a portion of our proceeds from this shirt to the Wikimedia Foundation, the nonprofit that supports Wikipedia and helps keep knowledge free.