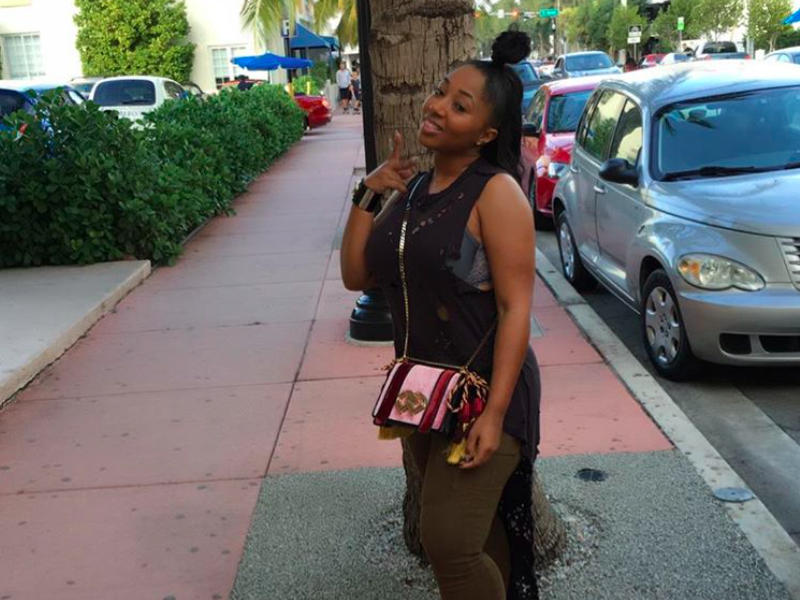 Reality TV’s Brittish Williams has social media buzzing after showing rapper Meek Mill some love. The Internet is bugging out over Williams acknowledging the hip-hop heavyweight on Instagram Live.

Williams went to Instagram a few hours ago to dumb down rumors about having an interest in the Dreamchasers boss. 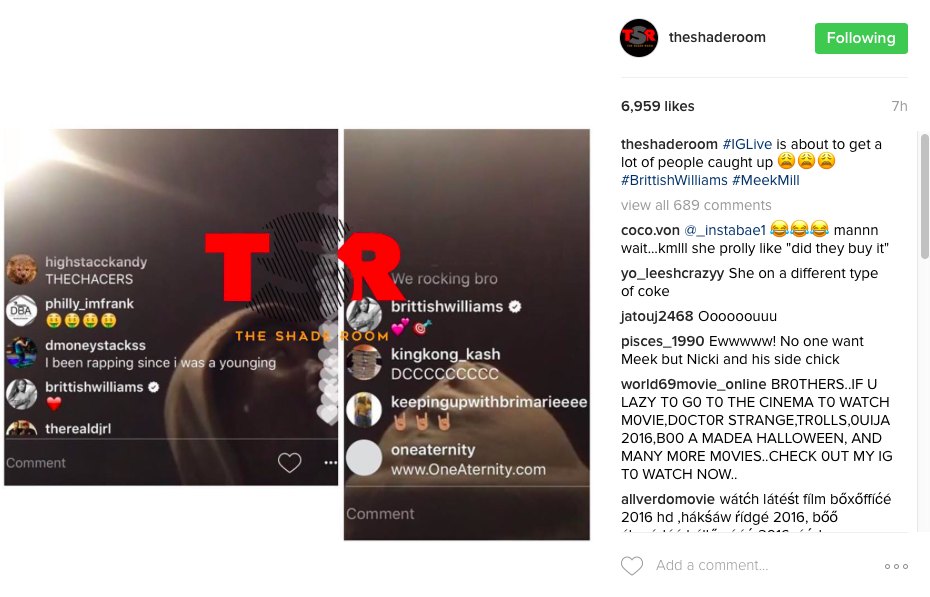 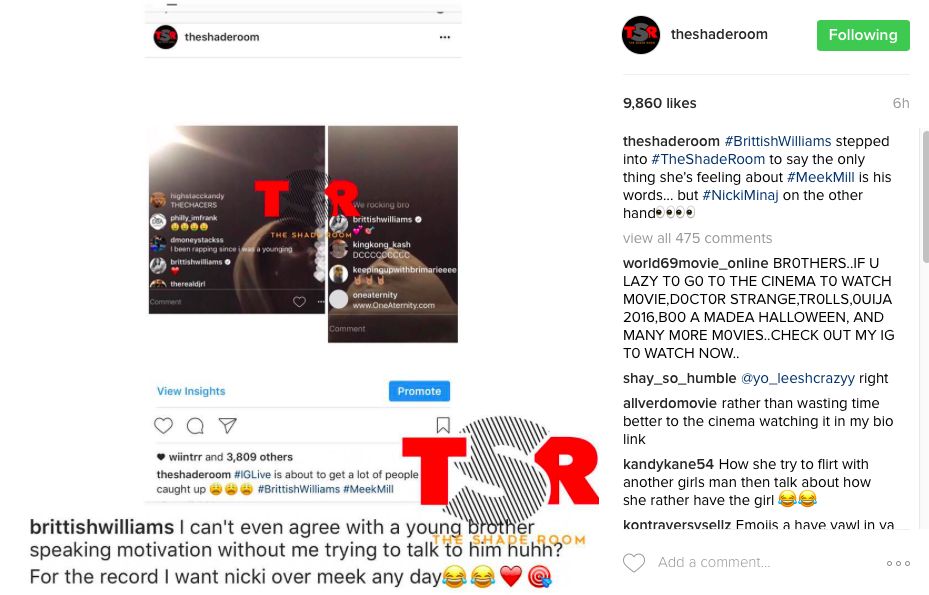 This week, reports claimed Meek and his girlfriend Nicki Minaj had not broken up despite social media speculation.

A few days ago, Meek’s fans flooded his Instagram page with their thoughts on his rumored split from Nicki. 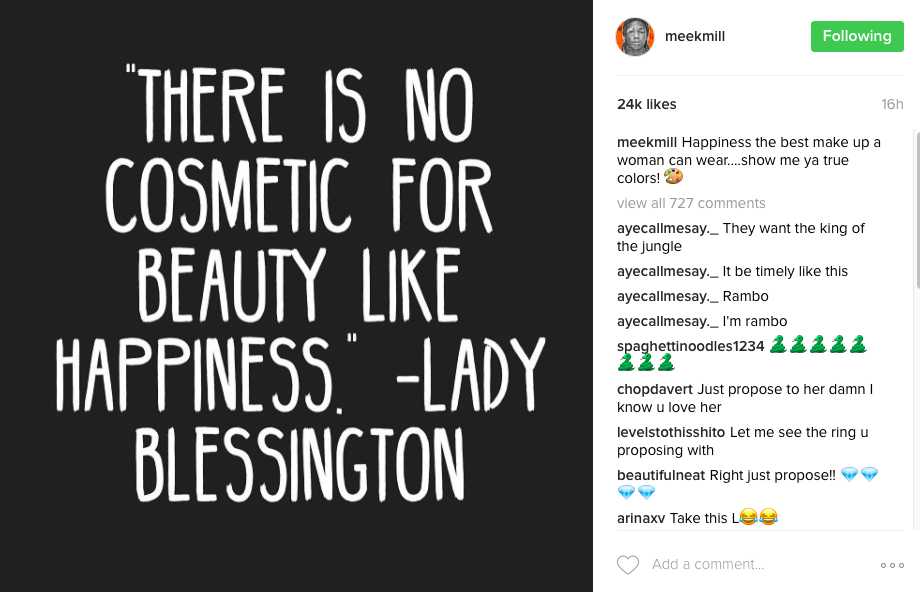 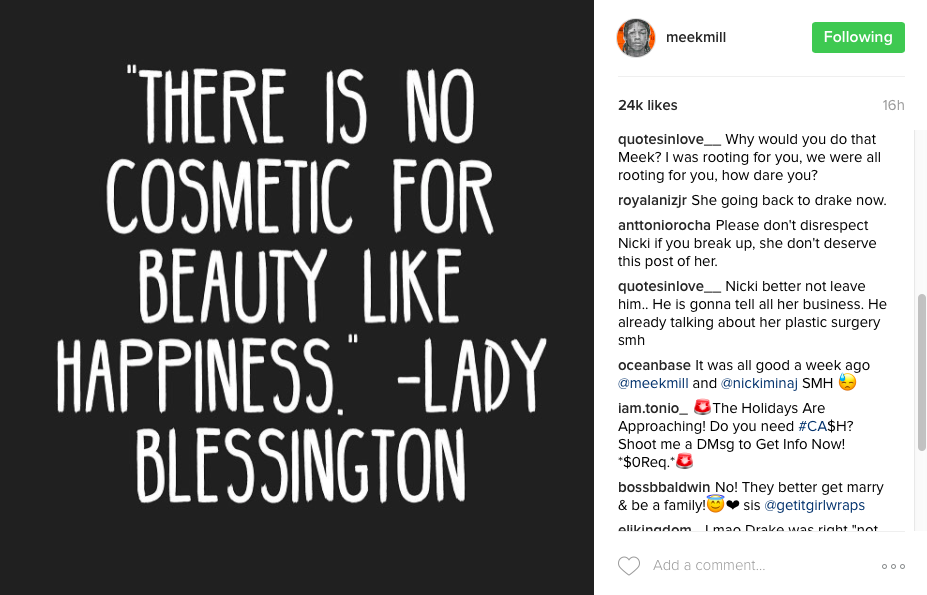 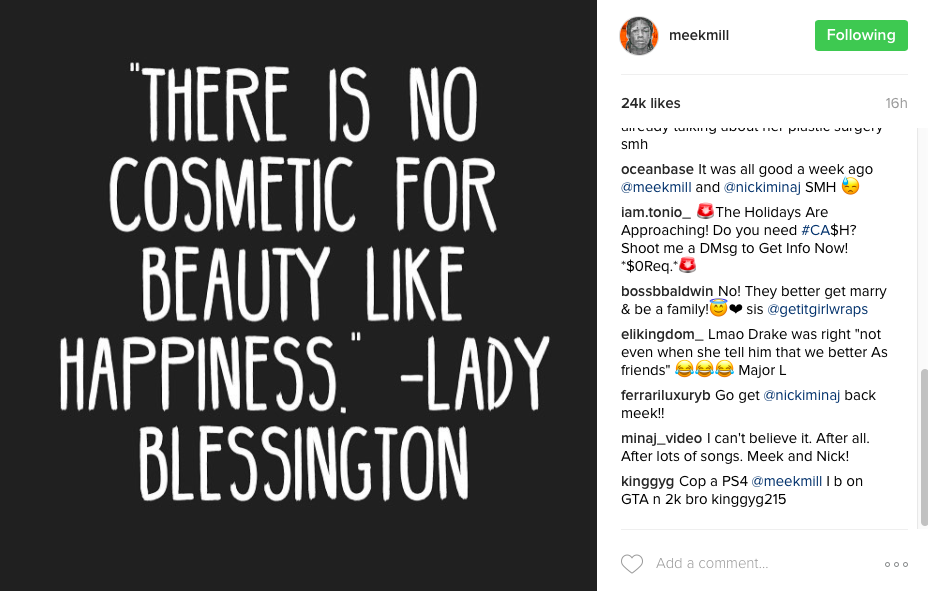 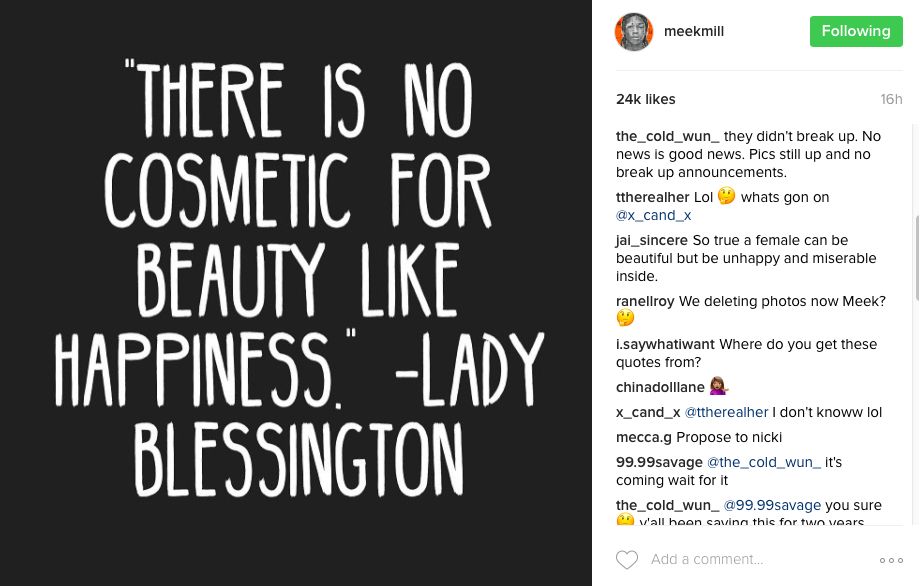 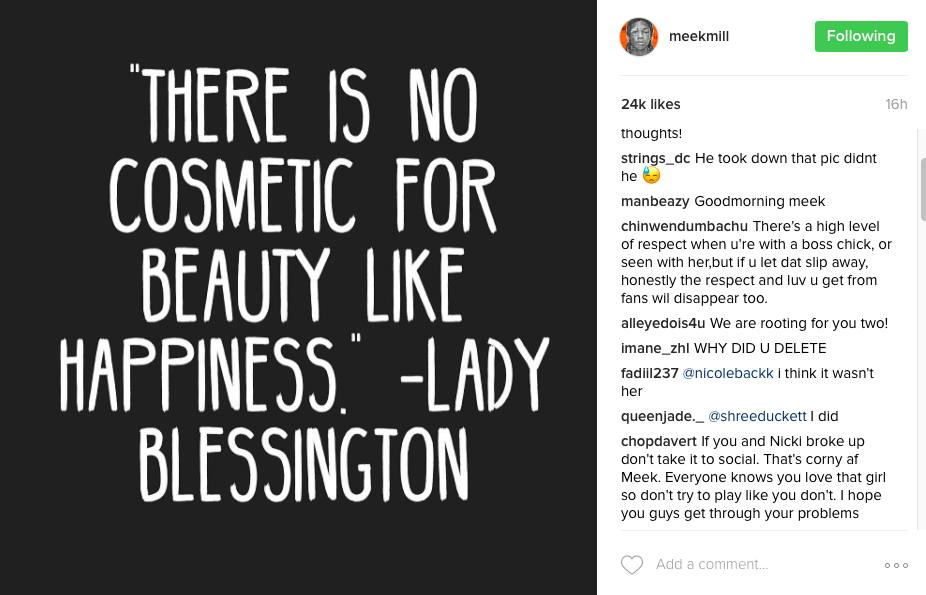 Last weekend, social media speculated on evidence to suggest Meek and Nicki had possibly broken up. 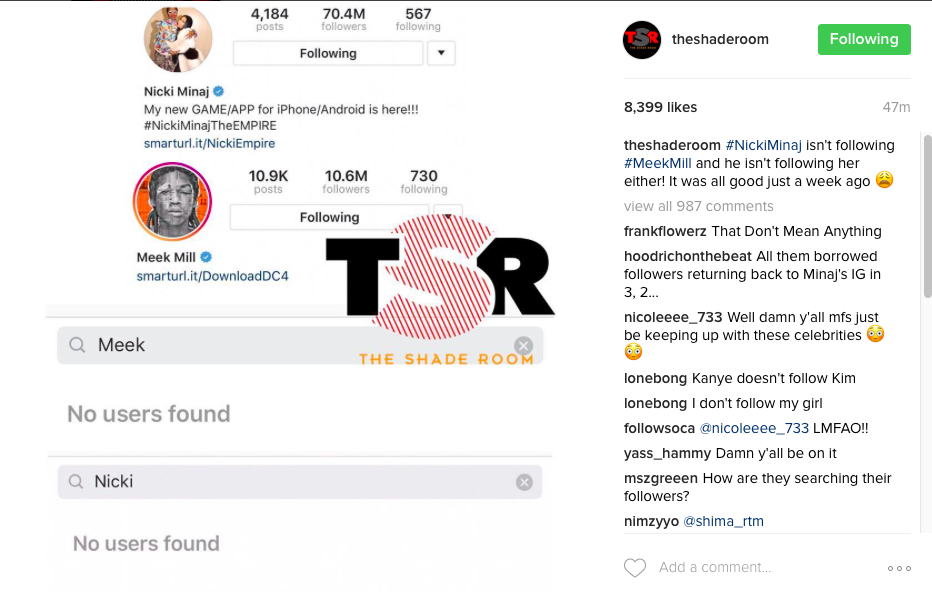 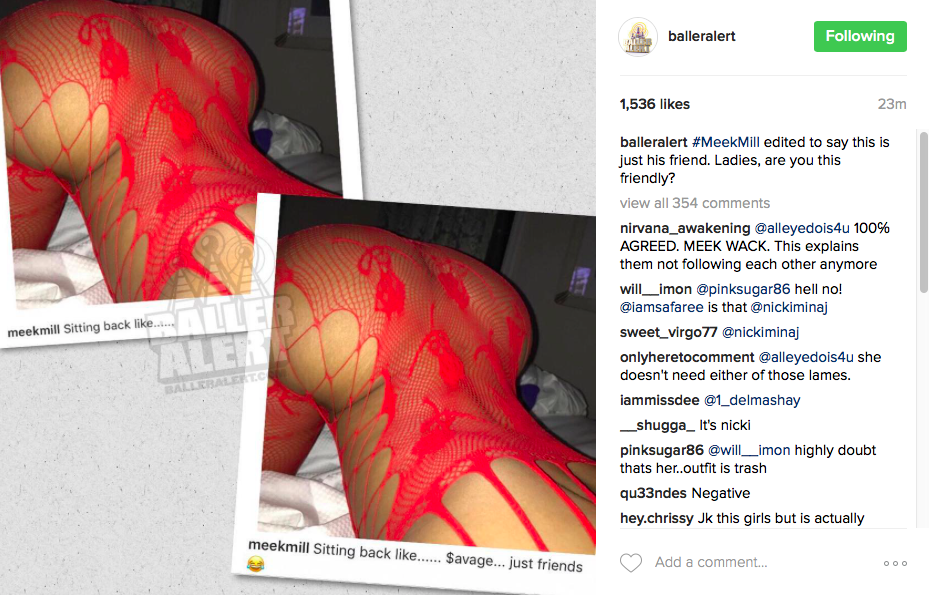