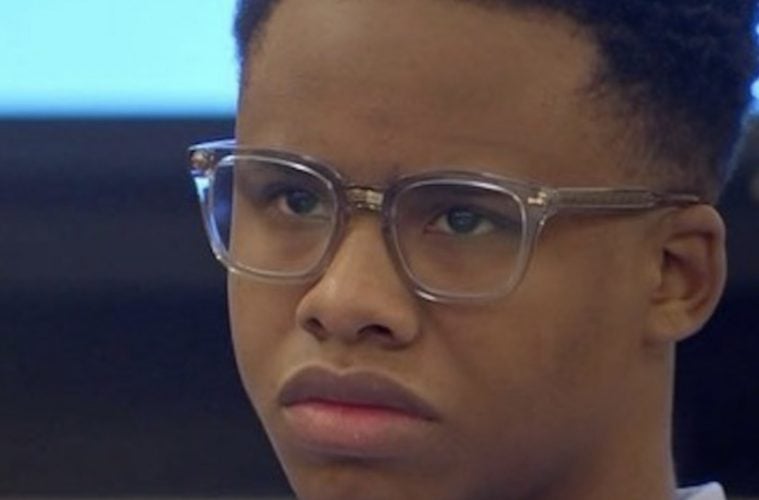 Texas rapper Tay-K has finally learned his fate. The judge sentenced the 19-year-old to more than half a century behind bars for his involvement in a murder case.

According to reports, the decision went down Tuesday and ultimately resulted in Tay getting 55 years.

Taymore McIntyre, also known as Tay-K 47, was sentenced to 55 years Tuesday after a Tarrant County jury found the 19-year-old rapper guilty of murder for his part in a 2016 home invasion. He was also ordered to pay a $21,000 fine and sentenced to 30 years and two 13-year sentences to be served concurrently for three counts of aggravated robbery.  (WFAA)

A few days ago, a jury found Tay-K guilty in a publicized murder case.

A North Texas jury found teen rapper Taymor McIntyre — also known as Tay-K — guilty of murder Friday morning. Earlier, the jury had asked to see evidence presented when the medical examiner testified about the victim, Ethan Walker. The group took another look at autopsy photos, as well as the single bullet that killed the 21-year-old. Walker was shot in the stomach after he told McIntyre and a group of other robbers that he didn’t have any drugs or money. (CBS Local)

The same week, Tay appeared in court and pleaded not guilty to capital murder.

In addition to this case, K also has legal drama connected to a separate murder.

Tay-K is facing a second capital murder charge in Bexar County, Texas, where officials allege that, while he was on the lam, the rapper shot and killed a 23-year-old photographer named Mark Anthony Saldivar. According to the Star Telegram, a Bexar County arrest warrant affidavit stated that Tay-K shot Saldivar in San Antonio on April 23, 2017 after stealing his equipment. The next year, Saldivar’s mother filed a wrongful death lawsuit against Tay-K. (Pitchfork)