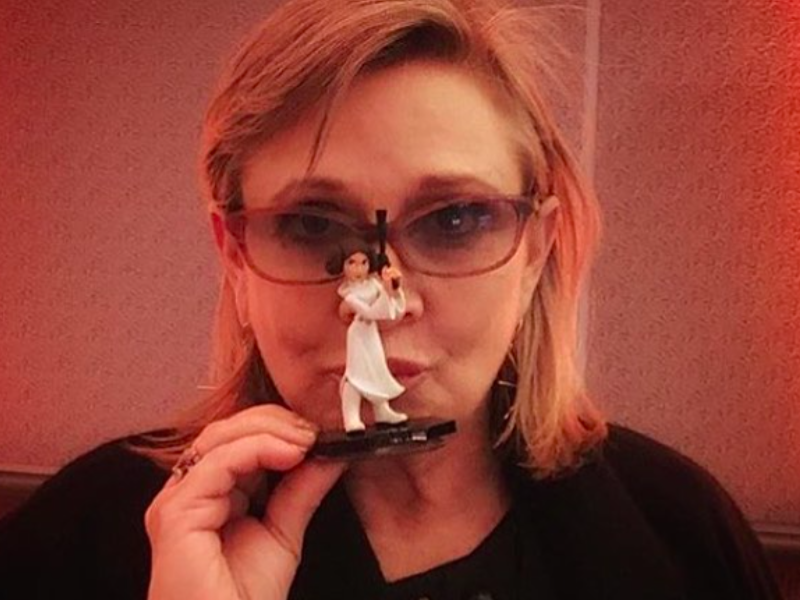 Hollywood actress Carrie Fisher has died at the age of 60. The movie star, most known for her role as Princess Leia in the Star Wars franchise, passed away Tuesday (December 27) following medical complication.

Family spokesman Simon Halls released a statement to PEOPLE on behalf of Fisher’s daughter, Billie Lourd: “It is with a very deep sadness that Billie Lourd confirms that her beloved mother Carrie Fisher passed away at 8:55 this morning,” reads the statement. “She was loved by the world and she will be missed profoundly,” says Lourd. “Our entire family thanks you for your thoughts and prayers.” (People)

A few days ago, Fisher received medical attention after suffering a heart attack aboard a flight going to Los Angeles.

TMZ broke the story … Fisher was on a flight from London to LAX Friday when she suffered the heart attack 15 minutes before landing. People on the plane tell TMZ she appeared lifeless. A passenger who’s an EMT performed CPR on Carrie and once the flight landed, paramedics rushed her to UCLA Medical Center where she remained in intensive care until her death. (TMZ)

Carrie is most known for dominating the sci-fi world with blockbuster franchise Star Wars.

Ms. Fisher, the daughter of the pop singer Eddie Fisher and the actress Debbie Reynolds, went on to use her perch among Hollywood royalty to offer wry commentary in her books on the paradoxes and absurdities of the entertainment industry. “Star Wars,” released in 1977, turned her overnight into an international movie star. (New York Times)