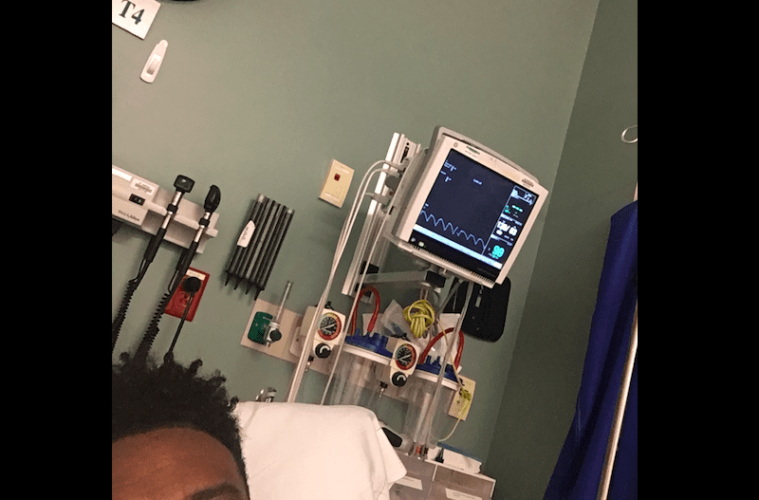 SOHH.com has learned hip-hop newcomer KingYc is currently on the road to recovery following a near-fatal gunshot wound. The “Lights On” rapper is currently receiving medical treatment at a Nevada hospital.

According to a source inside KingYc’s camp, the shooting went down early Monday (November 21) outside of a Las Vegas strip club.

“Prayers up for up KingYc with rumors out that he was shot leaving a club in Las Vegas this morning. He is expected to survive. He was leaving the strip club this morning and was stalked by a black Honda. As soon as he stopped at the red light, at least 50 shots were fired between him and the guys in the black Honda. He was hit only once in the chest and he’s in stable condition management.” (SOHH) Recently, KingYc talked to SOHH about singling out rapper Chief Keef and his baby mother with the recently released “You Know That” song.

“These h*es choose. These b*tches choosing. There’s two things I ain’t ever seen before; I ain’t ever seen a UFO and I ain’t ever seen a h*e that won’t go. With that situation, his b*tch pretty much hit me and she wanted to get money with me. That’s what I do. That’s what I’m known for. I’m not know for this rap sh*t. I’m known for getting money. So his b*tch hit me up and she wanted to f*ck with me. A month later, this b*tch popped up pregnant. I was like, “Got d*mn.” That sh*t happened so fast. N*gga’s straight Captain Save-A-H*e. No lie, they say the fastest way to save a b*tch is to put a baby in her. These n*ggas look crazy doing that. His b*tch can still come back. It’s still all good. I’m all about getting money. My door is always going to be open to her. She’s done had the baby and everything.” (SOHH)