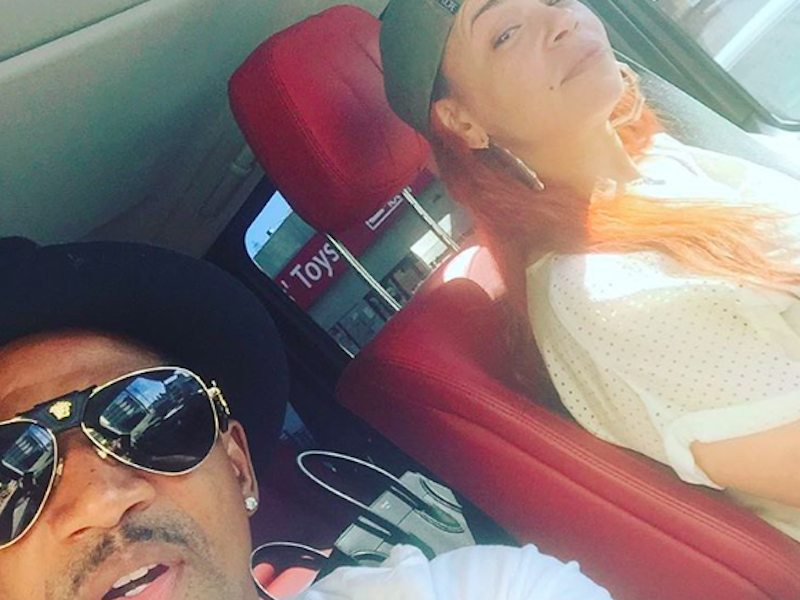 According to the latest reports, the couple made their lifetime goals permanent a few hours ago.

According to docs, the singer and producer filed for the license in Clark County on Tuesday. The clock’s now running, they have one year to tie the knot. But it seems like they won’t need that long — Stevie tweeted Tuesday, “I love you Faith Renee Jordan,” and Faith replied, “I love you back Steven Aaron Jordan.” UPDATE – 9:55 AM PT — It’s a wrap … Faith and Stevie have already done the deed. Multiple sources at the ceremony confirm they tied the knot in their hotel room Tuesday night … around 10:30 PM. (TMZ)

Faith and Stevie have had an on-again, off-again relationship dating back to 2016.

Before their brief split last year, Stevie confirmed his relationship with Faith in Dec. 2016 during an appearance on The Breakfast Club radio show. “I’ve known her for like 25 years,” he said. “We was like family and then as years progressed, we just began to hang out more [and] talk more.” Though Stevie was previously linked to and had a child with ex-girlfriend Joseline Hernandez, this marks his first marriage. Faith was previously married three other times — to Notorious B.I.G. and Todd Russaw, whom she divorced in 2011. (People)

The duo’s steamy new “A Minute” single and video is expected to premiere next week.