Hussein, most known as a member of Pac’s The Outlawz, allegedly died Saturday (July 11). 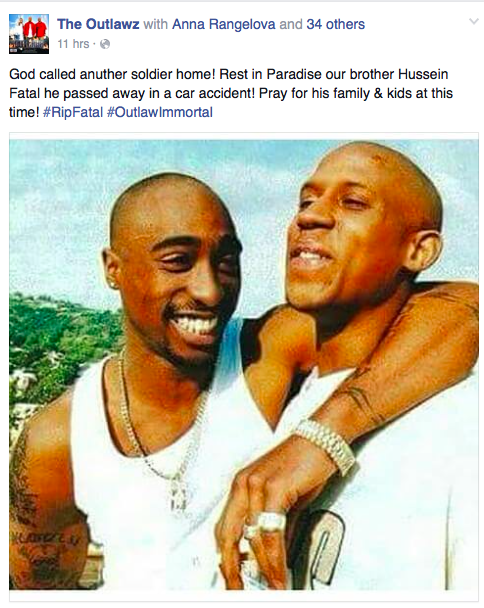 There were reportedly plans for an Outlawz reunion concert to go down overseas next month.

Hussein is widely known for his collaborations with the late West Coast rap star.

Born Bruce Washington on April 3, 1977, the Montclair,NJ born and raised rapper was best known by his stage name. Hussein Fatal gained notoriety as being a member of the hip hop group the Outlawz and is best known for his work with Tupac Shakur. (Tap Into Montclair)

Hussein previously talked about believing he could have saved Pac from his 1996 fatal shooting.