Rap veteran Bow Wow has thrown himself into the Donald Trump/Snoop Dogg drama. The hip-hop artist has fired a shot at the president by targeting his wife Melania Trump.

Bow Weezy went to Twitter Wednesday (March 15) and spoke up for Snoop Dizzle. 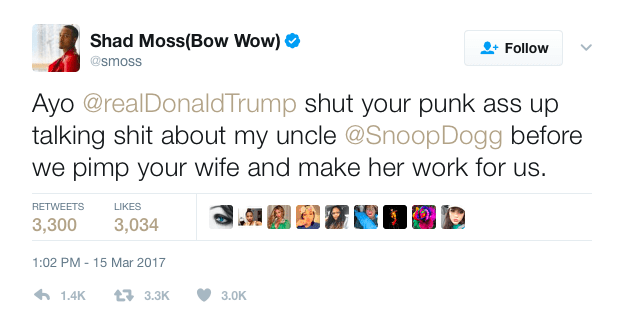 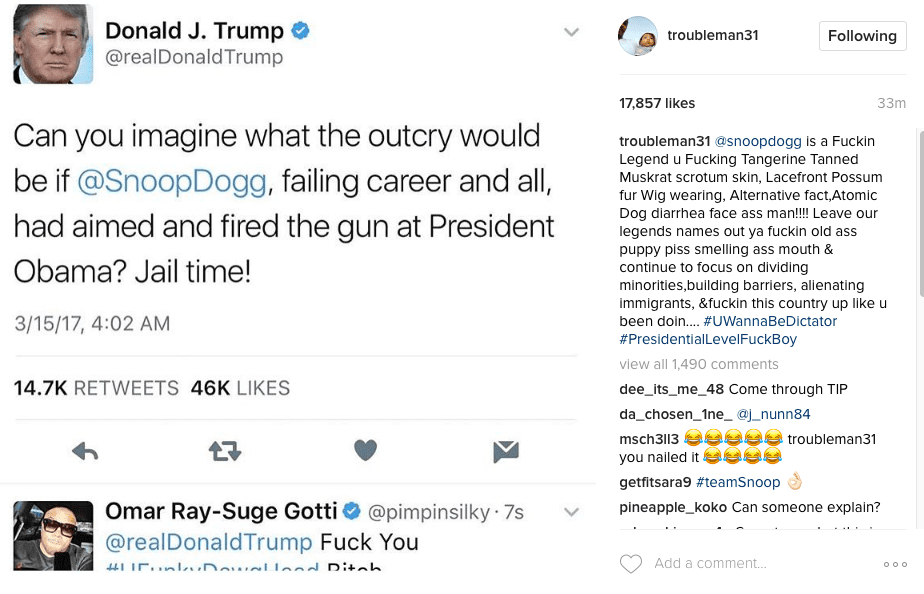 This week, Snoop raised eyebrows after shooting a fake Trump in the visual.

In a mock breaking news clip, Klump is seen at a “Clown House” press conference where the TV news crawl reads “Ronald Klump wants to deport all doggs.” Later, Snoop Dogg is seen firing a fake pistol at Klump as he stands with his hands raised. The Klump character also appears at the end of the video, in chains. (CNN)