Bow Wow Reacts To Angela Simmons’ Engagement: “This Is Dope!”

A screenshot of Bow Weezy wishing nothing but the best for Simmons has surfaced online. 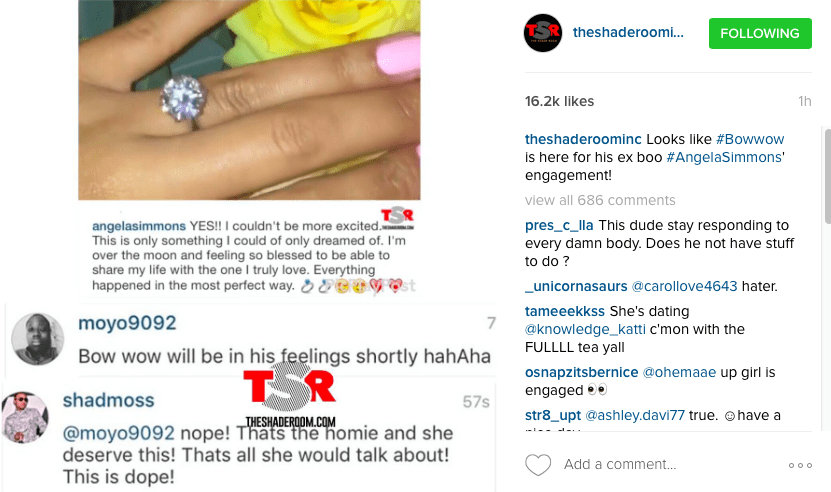 Check out Angela Simmons’ engagement ring on the next page… 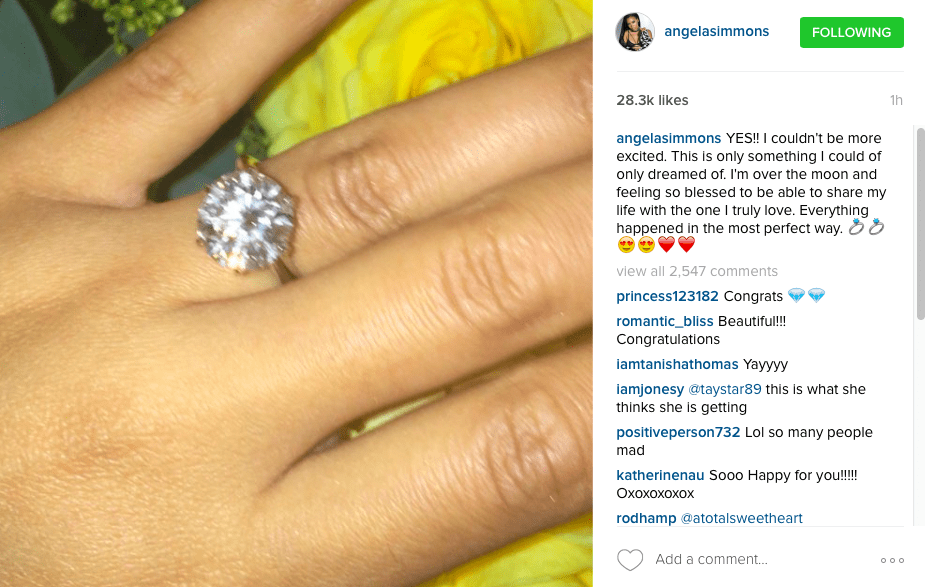 YES!! I couldn't be more excited. This is only something I could of only dreamed of. I'm over the moon and feeling so blessed to be able to share my life with the one I truly love. Everything happened in the most perfect way. 💍💍😍😍❤️❤️

Speculation on who the lucky fiancé is has intensified since her announcement.

Interestingly enough, Simmons still has not revealed who she has been dating. The reality star let her followers and fans know she was off the market but still has yet to unveil who the lucky, mystery guy is. She has most recently been linked to her co-star and longtime friend, Romeo Miller. The two got extra close on the show but it’s not clear if they took it past there. (Enstarz)

Last week, Angela hinted at a mystery man on Instagram.