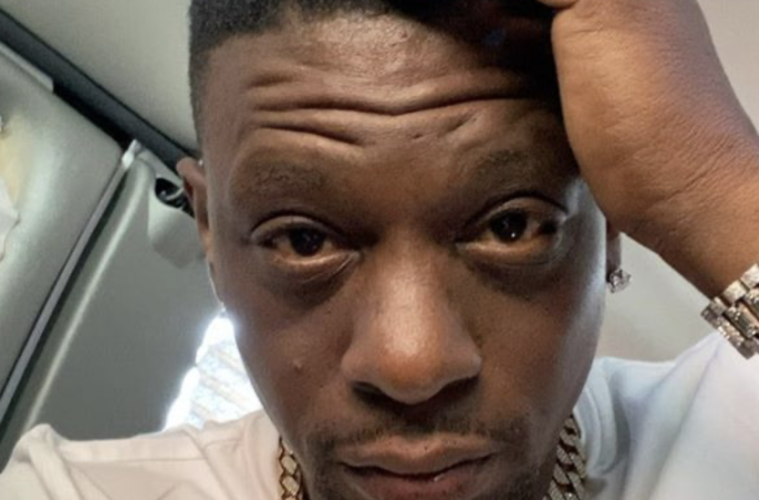 Boosie Badazz Trolls The Life Out Of Will Smith After Jada Confirms Affair: “A Louisiana N***a Will F**k Yo House Hold Up! We Not Go Spare Yo B***h, August Alsina I Salute You”

Louisiana rapper Boosie Badazz has joke-jokes. The hip-hop veteran has stepped up to roast the life out of Will Smith after appearing in a “Red Table Talk” appearance with his wife Jada Pinkett as she confirmed having sexual relations with R&B singer August Alsina.

On Friday, Boosie hit up Instagram and didn’t hold back on applauding the fellow Louisiana musician for stepping up for Jada in her time of need apart from Will. Badazz also trolled Smith about having to deal with the aftermath of Pinkett temporarily finding romance away from him.

Smith echoed Jada’s remarks and confirmed they had briefly split up a few years ago.

“One of the reasons why I wanted to come to the table is the media, the headlines, we specifically never said anything. We were purposely not saying anything. Any headline that said ‘Jada said, Will said,’ or ‘The Smiths said’ is not true. We specifically never said anything. So coming to the table was like – it got to the point where you got to say something. … When Aug first came around [us], he was really sick. And the outpouring for him from our family was initially about his health. … We decided we were going to separate for a period of time. … I love my baby, I’m going to stand by my baby no matter what – for me, this was years ago so the fact that it’s coming up now, I feel like it could feel weird for people that we’re laughing and talking about it and our experiences of working through it, fighting through it, talking through it – the ‘why now’ is weird. … We came together young and we were both broken in our own ways and to be able to make mistakes without the fear of losing your family is so critical.” (“Red Table Talk”)

Throughout the past few days, social media had erupted with memes centered on Will and Jada getting ripped for staying tight-lipped on the rumors. One jaw-dropping clip even featured a Will Smith lookalike playfully addressing the drama.