Louisiana rapper Boosie Badazz is, like a lot of people, in disbelief at the news that Daunte Wright's killer is only being charged with second-degree manslaughter. Former Brooklyn Center, Minn., police officer Kim Potter shot the 20-year-old Wright during a traffic stop on April 11. Kim Potter resigned from the police force days after she shot and killed Daunte Wright. The ex-cop claims she mistakenly fired her gun, believing it was her taser. Potter was charged Wednesday with second-degree manslaughter, and Boosie about lost his mind on Twitter.

Daunte Wright’s Parents Speak Out After His Death

The parents of Daunte Wright spoke to ABC’s “Good Morning America” earlier this week. It was the first interview they’ve done since Daunte was killed about 10 miles from where George Floyd lost his life at the hands of cops.

“Thank you, so much, for the support and standing by us and making sure my son’s name has been heard and asking for justice.” (Katie Wright)

“I lost my son. He is never coming back. I can’t accept that. A mistake? That doesn’t even sound right.”

After two days of unrest and emotional statements about the horrific killing of Daunte Wright, the police officer responsible for taking his life resigned. The city’s police chief also resigned along with the cop.

The resignations from Officer Kim Potter and Police Chief Tim Gannon came two days after the death of 20-year-old Daunte Wright in Brooklyn Center. Potter, a 26-year veteran, had been on administrative leave following Sunday’s shooting, which happened as the Minneapolis area was already on edge over the trial of the first of four police officers in George Floyd’s death. (AP News)

Yesterday, the biggest sports teams in Minneapolis acknowledged the hurt and pain of another police brutality case in the city. The teams issued statements on why it was vital to postpone Monday games. 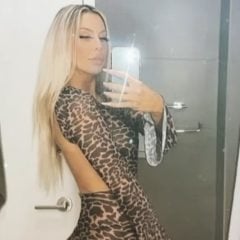