Boosie’s Instagram page had a positive update on his condition Tuesday afternoon. 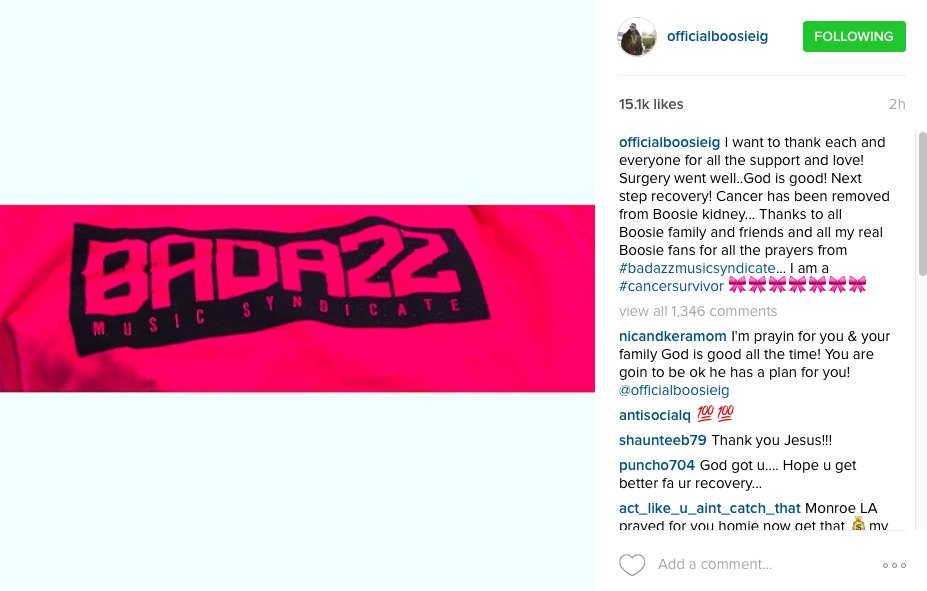 Boosie revealed he would go under the knife today (December 8) on his Instagram page. 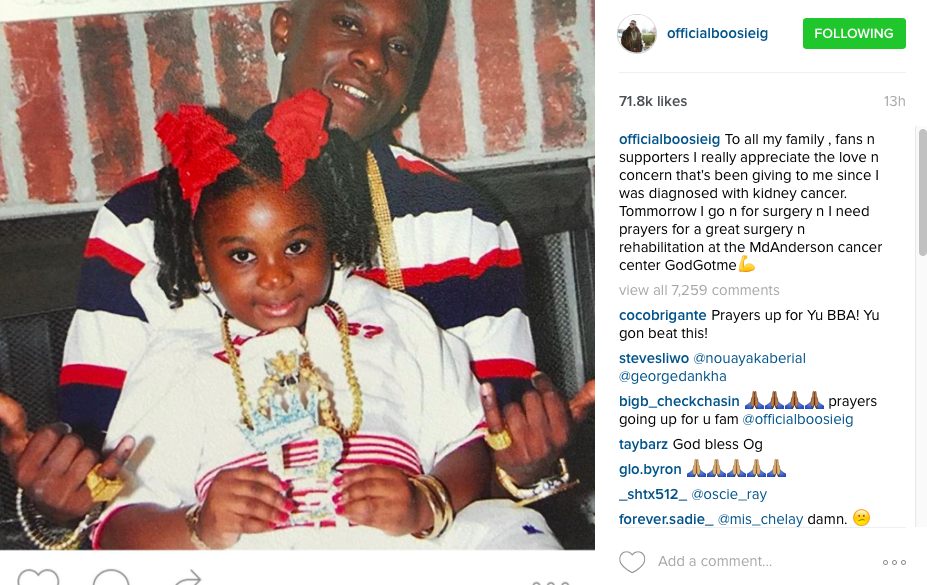 Reports last month claimed Boosie’s team did not approve of him announcing his medical condition on Instagram.

We’re told Boosie’s team was not happy he revealed his condition … which is why the caption was deleted shortly after the initial posting. The photo of Boosie eating a meal remains on his IG. Boosie is only 33, but he’s been living with diabetes for years. He just got out of prison last year … after serving 5 years on a drug charge. (TMZ)