Louisiana rapper Boosie Bad Azz has stepped forward to speak out on people claiming he may have lied and faked his recent kidney cancer surgery.

Instead of ignoring the critics, Boosie addressed the matter on his Instagram page Sunday (January 24). 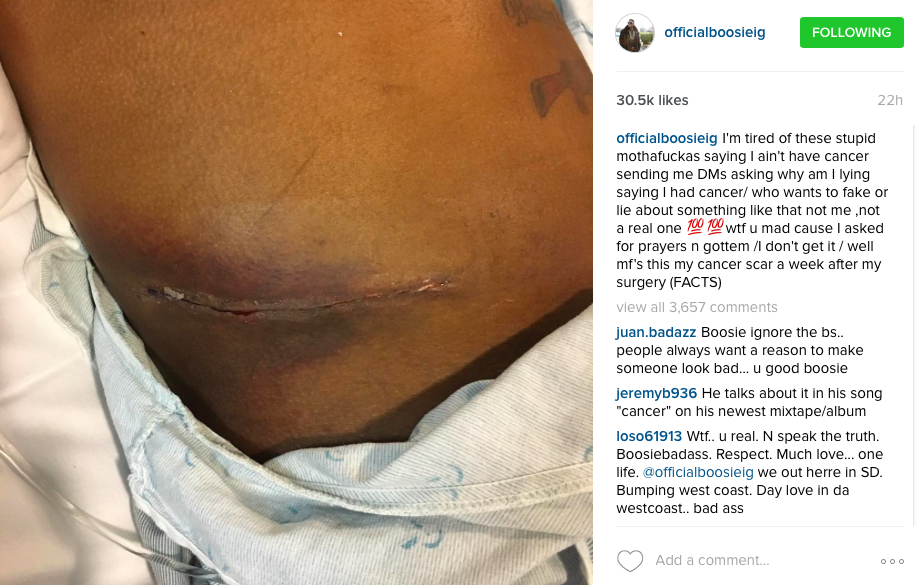 Recently, Bad Azz revealed how he reacted when a doctor informed him of his kidney cancer.

“When I got an MRI, that motherf*cker came back like, ‘We found something on your kidneys. You got cancer.’ That’s what they told me. That was the first time I found that out. That cancer record came just like that. It’s just part of me, my music, that’s what will probably never get me to fall off. I keep going through stuff and I keep talking about it. Even if the world keeps spinning, I’ve got something to talk about.” (Revolt TV)

Boosie revealed plans to release new music and continue to heal up following his cancer surgery in late December. 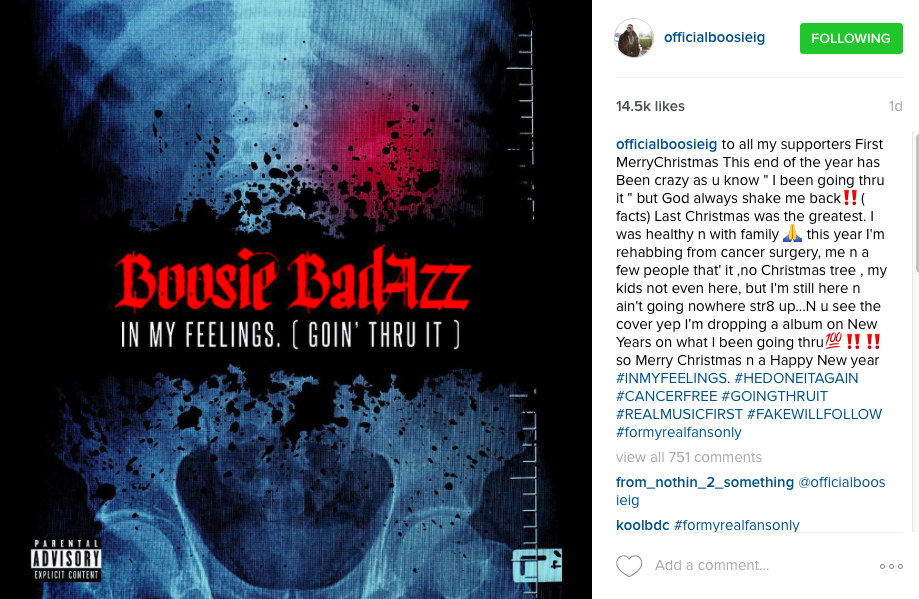 Details on Boosie’s life-saving operation surfaced a few weeks ago.

Boosie went under the knife on Tuesday and tells TMZ, the doctors removed half of one of his kidneys. It’s called a nephrectomy, and Boosie says it worked like a charm … docs believe they got all of the cancer. Boosie says he’s still feeling weak 3 days after the surgery, and his wallet’s definitely feeling it too. He doesn’t have health insurance, so he had to pay $90,000 out-of-pocket! (TMZ)