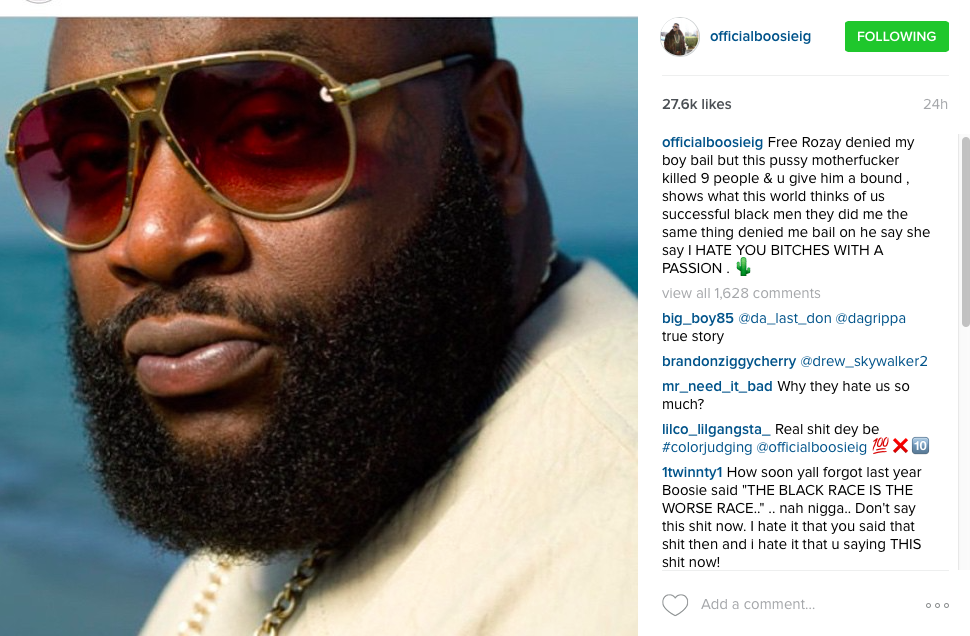 Ross’ Maybach Music Group family have also shouted out Ross on social media this week in light of the jail situation. According to reports, the Bawse must remain locked up until next week.

9:20 AM PT — Ross was DENIED bail and will remain behind bars until his next court hearing, which is on July 1. Rick Ross took a Glock 9MM pistol and then viciously pistol-whipped one of his workers so badly, he messed up his jaw and neck … so claim the cops who arrested him. (TMZ)

G-Unit boss 50 Cent, known for past feuds with Ross, made sure to poke fun at his legal woe on social media yesterday (June 24). According to reports, the arrest went down early Wednesday (June 24) at the hands of the Metro Atlanta Fugitive Task Force.