Louisiana rapper Boosie Bad Azz may have been one of the lucky $1.5 billion Powerball Jackpot winners last night (January 13) if it wasn’t for local spots being closed.

Boosie posted up footage of him exploding after finding out he could not play the Powerball Jackpot in time on Instagram.

Can't find power ball tickets all machines down headed to another spot?

Snoop posted up a captioned picture of himself as a valet attendant last night (January 13) after hearing about the Powerball Jackpot had a winner. 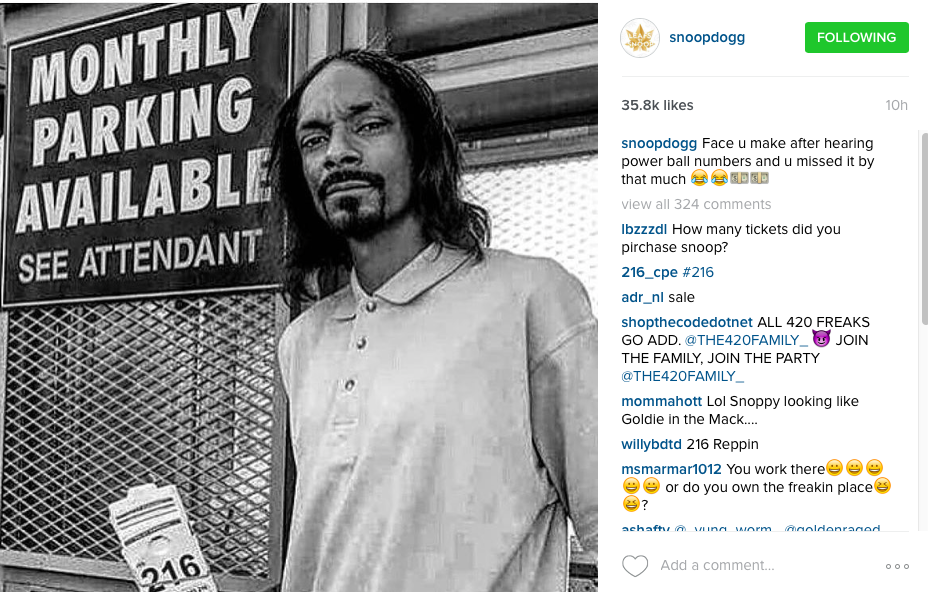 Philadelphia rapper Meek Mill released a few Instagram posts based on a winning ticket being announced.

? I check my numbers last lol

Why did my cousin just run out the house???