1.1k Views Comments Off on Bobby Shmurda’s Mom Hints At When He Might Get Released: “Had A Great Visit W/ My Stinky…Jokes, Jokes & More Jokes”
Share
Advertisement

New York rapper Bobby Shmurda might be home within the next two years. The jailed hip-hop artist’s mom recently teased fans with a big update on her mini-me.

Bobby’s mom recently hit up Instagram to share a pic of the fallen rapper and teased a potential 2020 release date.

Had a great visit with my stinky……Jokes Jokes and more Jokes. 2020 needs to Fast Forward immediately. 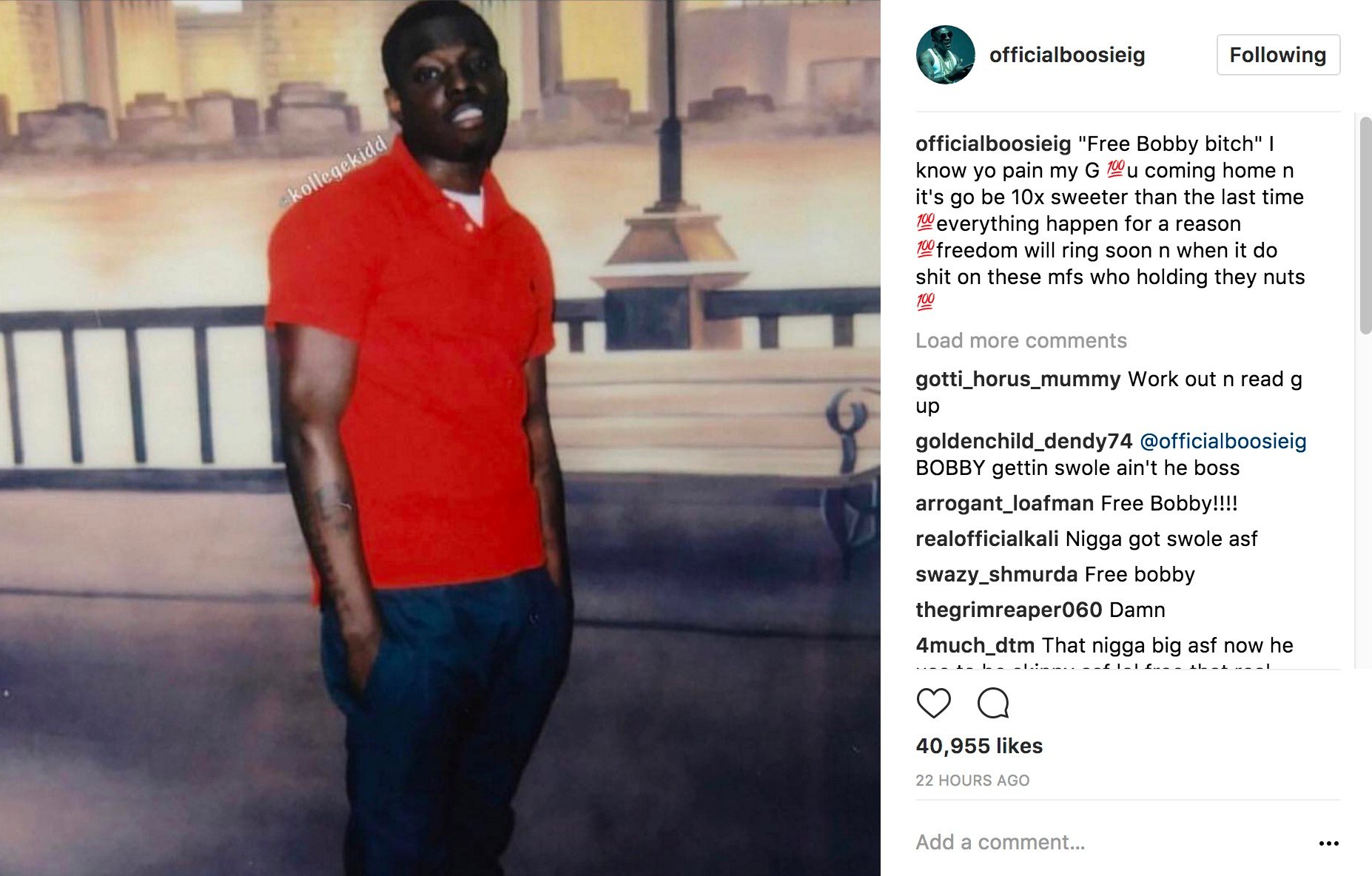 Comments Off on Bobby Shmurda’s Mom Hints At When He Might Get Released: “Had A Great Visit W/ My Stinky…Jokes, Jokes & More Jokes”