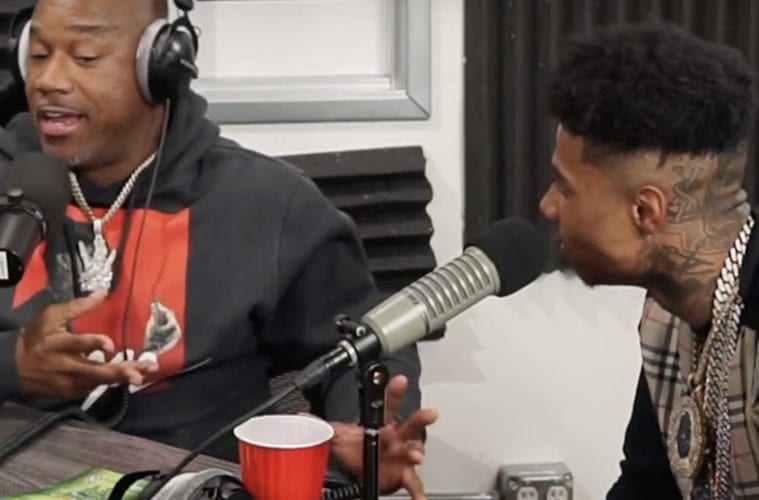 West Coast rapper Blueface doesn’t want any smoke from Nipsey Hussle fans. The hip-hop artist has caught social media’s attention after walking out on an interview after a question popped up on the late rap entertainer.

In a new “No Jumper” interview, Blue didn’t stick around with his manager Wack 100 when asked about his lack of putting up a Hussle tribute following his March death.

Wack also dug into why people shouldn’t get on Blueface for not showing love to Hussle.

“The reality of what that is, is just real. He don’t know him. They’ve never talked, never had a conversation. And the fact of the matter is, their two neighborhoods for twenty-five years have been on and off enemies. So, him not saying nothing is really him showing respect. Their neighborhoods didn’t even get along!” (“No Jumper”)

Earlier this year, Blueface actually did show some respect to Hussle following his death.