A video has surfaced showing Blueface and his girlfriend, Chrisean Rock, in a physical altercation. It appears today’s artists really live what they sing or rap about. 1.3k Views Comments Off on Blueface & Chrisean Rock Get In Physical Altercation
Share

A disturbing video has surfaced on the internet showing rapper Blueface getting into a physical altercation with his girlfriend and fellow rapper, Chrisean Rock, on Hollywood Boulevard.

The person recording also gave real-time comments during the video, which started with a heated argument that escalated into them taking a swing at each other.

Blueface yelled “let me go!” during the fight as they trade swings. People standing by separated the two shortly before they started walking near each other at the end of the video.

In an attempt to make peace with Chrisean on his Instagram story, Blueface offered her $100K to leave him alone.

Blueface and Chrisean drama is nothing new.

Back in March, the couple was spotted by paparazzi.  The two seemed happy, with Blueface giving her a rose as they drove off in a green sports car.

Their spotting came after Blueface accused her of breaking into his home and stealing his car and cash.
Last November, Chrisean was embarrassed by Wack 100 and Blueface after she was kicked out of his house and label after being signed to him since 2020.

Comments Off on Blueface & Chrisean Rock Get In Physical Altercation 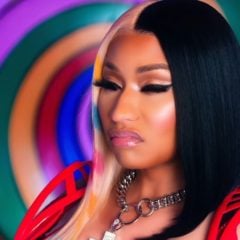