Music couple Jay Z and Beyoncé Knowles-Carter are stuck in Los Angeles for the next 12 months after reportedly signing a 1-year home lease.

According to reports, Young Hov and Queen Bey are dropping around $150,000 a month for their new dream pad.

Our sources say Bey and Jay are now renting the $45 million Holmby Hills palace that was owned by ex-L.A. Dodgers owner Frank McCourt. As for the house … it’s 20,000 square feet, complete with an indoor Olympic-sized pool complex and an outdoor pool with a waterfall and formal gardens. (TMZ)

Last weekend, Bey revealed a coupled up pic alongside Jay on Instagram. 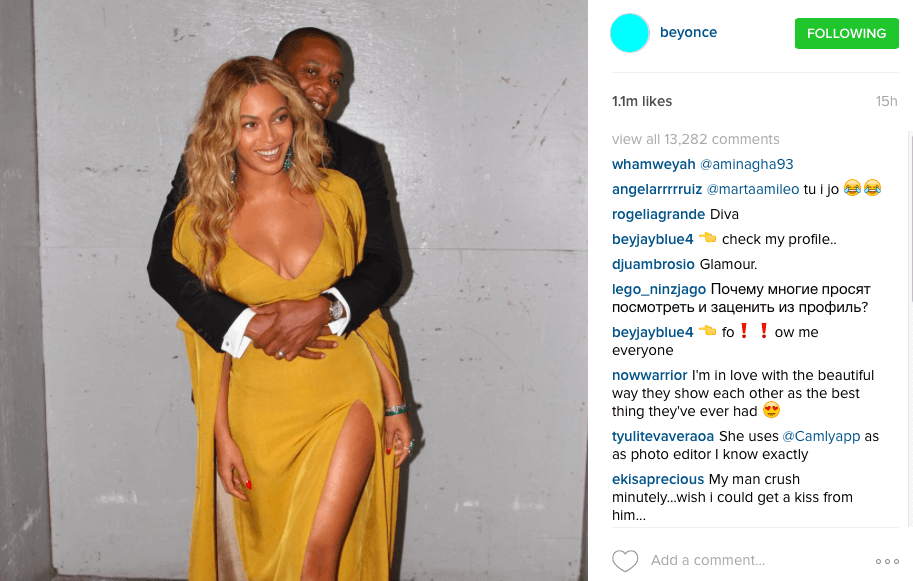 Vacation pics of Jay and Bey in Italy surfaced online a few weeks ago.

Beyonce and Jay Z are doing just fine in the wake of losing their LA mansion … they’re living it up on a boat. The two were in Italy Thursday with Kelly Rowland and daughter Blue Ivy cruising around on the small vessel. They don’t seem too concerned with the shared space — something they might have to get used to. TMZ broke the story … Jay and B have 60 days to move out of the mansion they were renting after someone else bought it. (TMZ)

From mash-ups that included Future’s “Where Ya At” to “Throw That A** In A Circle,” Yonce had the audience’s attention from start to finish with her glitzy performance, which was a highlight of the entire annual concert. (VIBE)

Where ya ass was at dawg? #MadeInAmericaFestival #Philly #Beyoncé

Watch @Beyonce Dance To My Song " Throw That Ass In A Circle " 👀 👑🐝 pic.twitter.com/RXPIm2btTs