Vixen Blac Chyna‘s really not playing around with a music career. New buzz has developed over the curvy model recruiting rap veteran Joe Budden for some new music.

New footage has emerged of Joe Budden and Chyna turning up in a studio.

This week, rap veteran Yung Berg hinted at having something cooking up with Chyna. 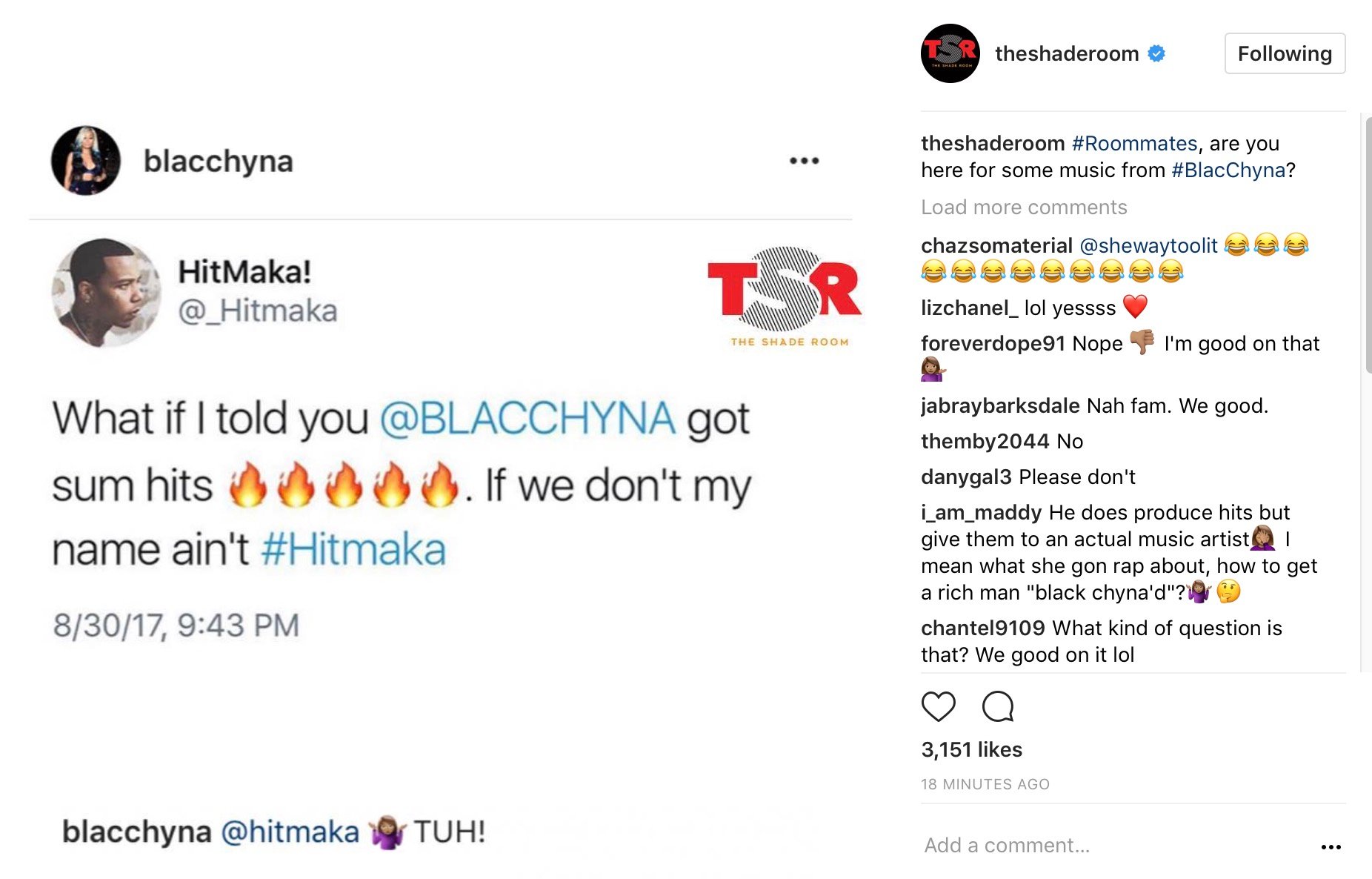 “Man, people will do anything if they put their mind to it. You know? [Would I work with her?] I’d work with anybody as long as they’ve got that bag. [Should the Kardashians worry about a Blac Chyna diss record?] The Kardashians shouldn’t be worried about nothing, they’re worth a billion as a family, you know.” (TMZ)

A few days prior, a report surfaced about Chyna possibly gearing up for a record label bidding war.

Blac Chyna doesn’t just want to be in music videos with Nicki Minaj, she wants to BE the new Nicki Minaj, and several record labels are jumping at the chance to make it happen. Several sources close to Blac Chyna tell us she’s entering the music game and is already recording in the studio. As for what type of music … rap, “poetry music” and traditional singing. (TMZ)