Moving Monday. We’re moving all over the place SOHH why not get things going with Blac Chyna flyin’ high with French Montana? Speaking of curvy women, what do you think about adult star Mia Khalifa getting checked after trying to throw shade? There’s no shade with Taraji P. Henson after her Hidden Figures box office opening weekend numbers? All this coming up in SOHH Whatcha Think.

Is Blac Chyna back on her vixen grind and starring in music videos? Turns out there’s something brewing with her and French Montana? French Montana’s Instagram is on it: Are you feeling this duo? Think they’re just chilling? Should we expect a music video to go down? #SOHHWhatchaThink?

The Internet’s savage but there’s nothing worse than knowing the person responsible for throwing that shade or, in certain cases, ether. Mia Khalifa tossed out some fire after dissing Meek Mill and some Philadelphia 76ers stars. Shortly afterward, she felt the wrath of one of the players. Baller Alert is on it: Did Mia Khalifa go too hard? Was this just a joke? Who won? #SOHHWhatchaThink?

3. Respeck On Her Name

Taraji P. Henson is doing it big at the start of 2017. If her success in “Empire” did not convince you she’s a star, then look at her opening weekend numbers for the smash “Hidden Figures.” Taraji P. Henson’s IG has her reaction: 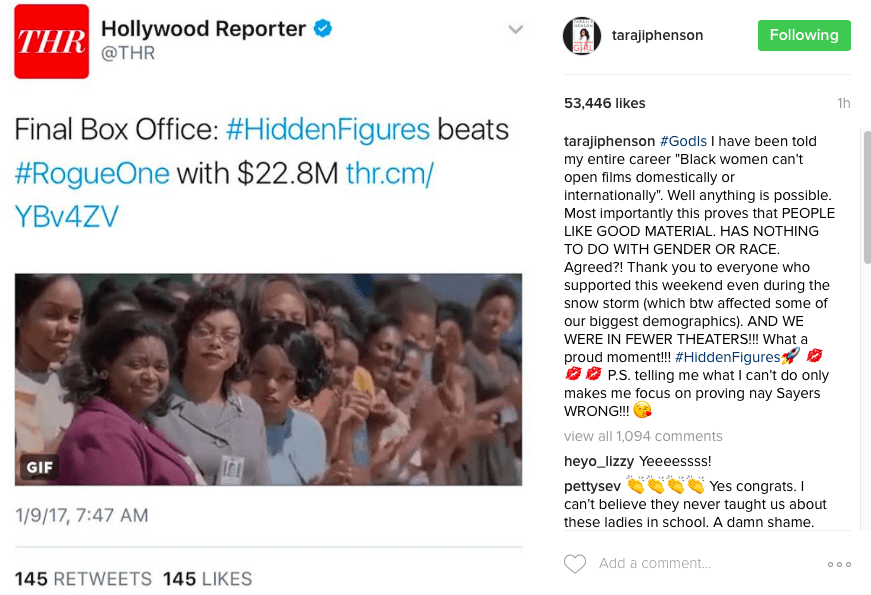 Do you feel her? Is 2017 the year for successful black films? Think Taraji is paving the way? #SOHHWhatchaThink?