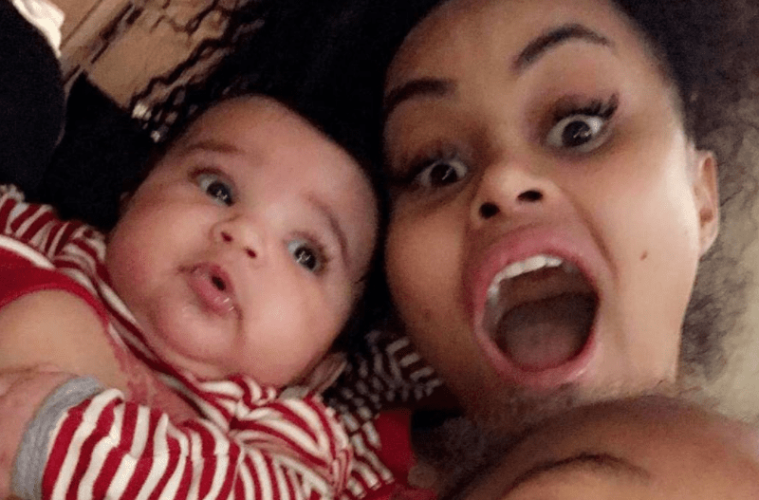 Blac Chyna Puts Drama On Hold, Shows Off Her Mini-Me: “Dream Has 6 Teeth!”

Vixen Blac Chyna is back on her mommy duties. The hip-hop model has fallen back from the non-stop coverage of her romantic life to focus some attention on her daughter Dream.

Chyna went to Instagram Sunday (August 6) with a shot of her mini-me. Rob Kardashian must keep away from Blac Chyna after she won a restraining order Monday amid new claims he punched her, tore the hinges off a door, showed her a gun and threatened to kill himself with pills. In a revised petition obtained by the Daily News, Chyna said Kardashian went on a rampage April 8 when she asked him to stop trash-talking her in front of her young son. (NY Daily News)

Hours prior, BC publicly broke her silence on taking action against Rob.

“I was devastated, of course. I’m like how could somebody like post these pictures of me and I’m like — like, wow, okay. Like this is a person that I trusted. I just felt. Yeah. Betrayed. [Did I like the pics?] No, I didn’t like none of the photos. I actually have Robert Kardashian blocked from my Instagram. [Why did I take legal action?] Well, I’ve talked to Rob, you know, about everything. I’ve talked to him. The moral of the story is like he doesn’t respect me so if you can’t respect me you have to respect the law.” (“Good Morning America”)

Chyna also explained why she initially sent Rob a video of herself and mysterious man.

“I see all these things on the Internet and I never address it because I’m the bigger person. Robert came at me. … I was already Blac Chyna before the Kardashians. … I’m going to draw the line of I am Angela White. I’m Blac Chyna. I can do whatever I want. It’s my body. [Why’d I send Rob a video of me with someone else?] You know, I’ve been broken up with Rob since December and it’s like if somebody keeps poking at you and poking at you and poking at you and keep poking at you, you’re eventually going to pop and so I was just like maybe if I send this video to him, then he’ll just leave me alone. … Nobody was out to make a baby out of spite. … I would like to just say something to like all the women out there, you know, you’re not the only one that’s probably going through something. So I feel as though if one person speaks up, maybe it — hopefully it will be a domino effect.” (“Good Morning America”)