Vixen Amber Rose is reminding the world she is still besties with fellow model Blac Chyna amid recent rift rumors by hooking up this weekend.

Rose teased fans with a steamy picture of themselves on Instagram Sunday (November 15). 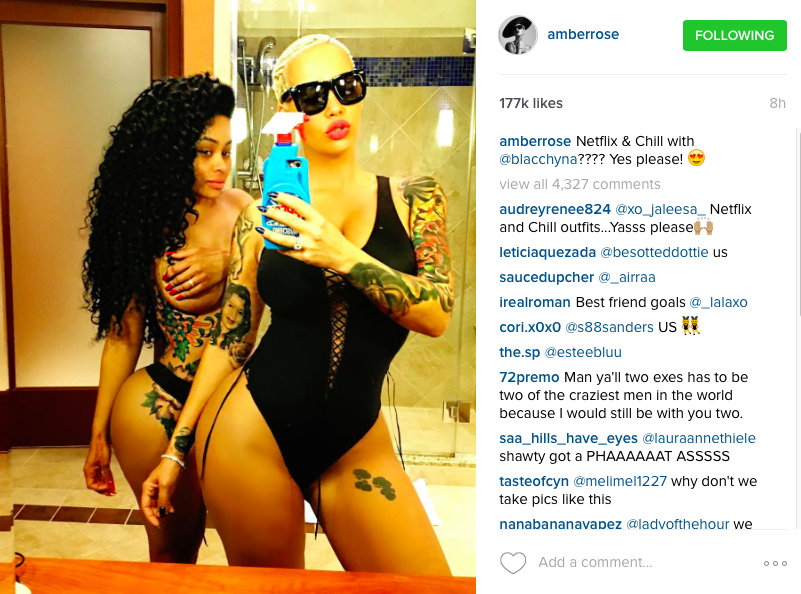 Check out what Blac Chyna said on the next page…

Chyna pulled off the same stunt by putting up the pic onto her Instagram page. 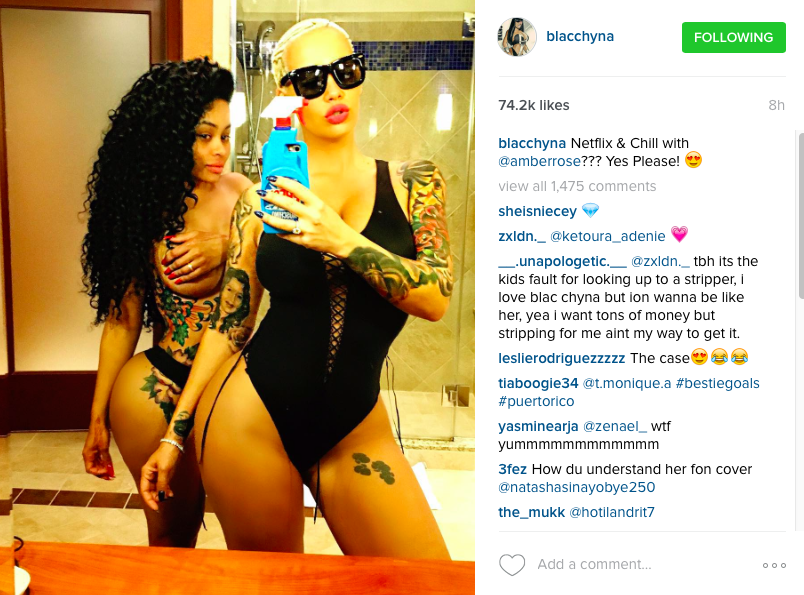 Rose killed Blac Chyna rift gossip and denied pulling the plug on a reality show with her last month. 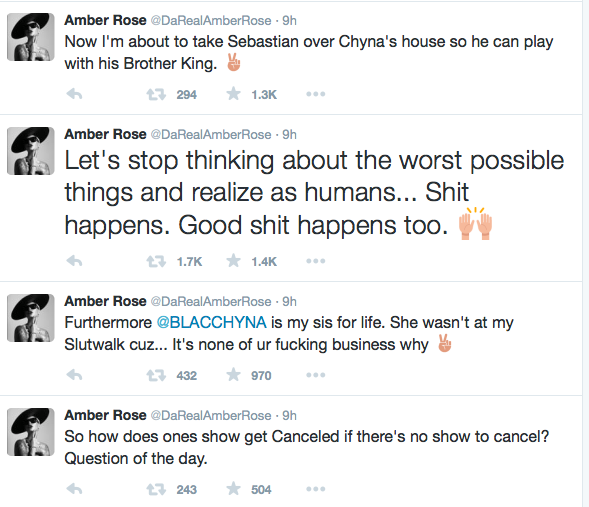 The two former best friends are telling their friends they have various projects that prevent them from joining forces on the boob tube. Amber says she’s “in the process” of getting her own talk show, and Blac Chyna says she has various product deals. That said, Amber held her Slut Walk in downtown L.A. last weekend and Blac Chyna was a no show, because she was hanging with Future in the ATL. (TMZ)