Vixen Blac Chyna is reminding fans she’s officially off the market by putting a ton of spotlight on her engagement ring this past weekend. 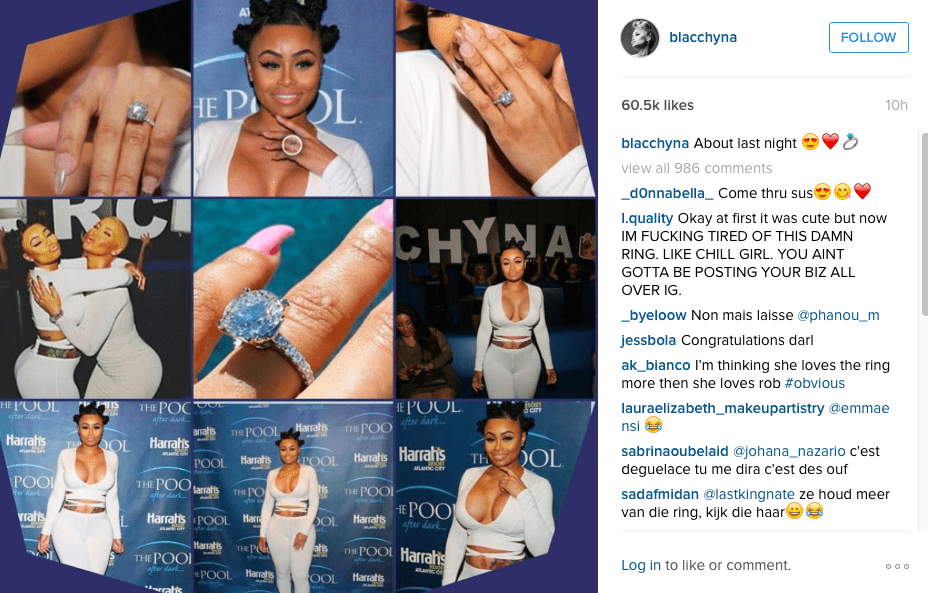 Weekend reports claim Rob and Chyna could officially tie the knot within the next 12 months.

Rob Kardashian and Blac Chyna will be married within a year in front of the entire Kardashian family, or that’s at least plan A for the couple … TMZ has learned. Sources close to the couple tell us BC and Rob don’t want a long, drawn out engagement — so they’re already talking about ceremony ideas, and even a guest list. We’re told they’re certain they want Rob’s family to be there. (TMZ)

This past weekend, Rob showed off a playful clip of celeb sister Kim Kardashian West‘s alleged reaction to his engagement.

“I’m working on music, on the next [Yeezy Season] collection. [Blac Chyna’s wedding?] You know what? I haven’t been invited. [laugh] You know, Rob is my brother I love Rob. I just roll with it. I love Rob, that’s all I can say. I love Rob.” (X17 Online)