Cash Money Records head Birdman is reportedly making it known he had nothing to do with rap rival Lil Wayne dodging bullets last April in Georgia.

According to the latest reports, the music executive has denied any and all connections to the crime.

Sources close to Wayne and Birdman confirm to TMZ what police docs insinuated … that Birdman got a phone call on April 26, shortly after the bus was shot up in Atlanta. As we reported, police knew the call was placed between 2 phones registered to Birdman. We’re told the call came from someone in Wayne’s camp who was understandably pissed, and anxious to tell Birdman what went down shortly before the shooting — that Jimmy Carlton Winfrey had been kicked out of a club for harassing Wayne. (TMZ) 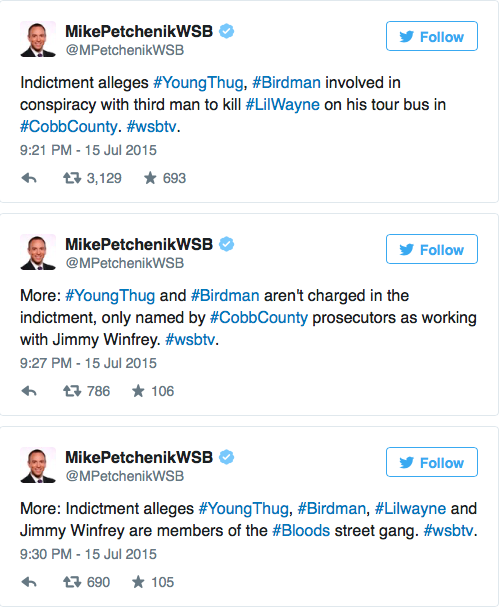 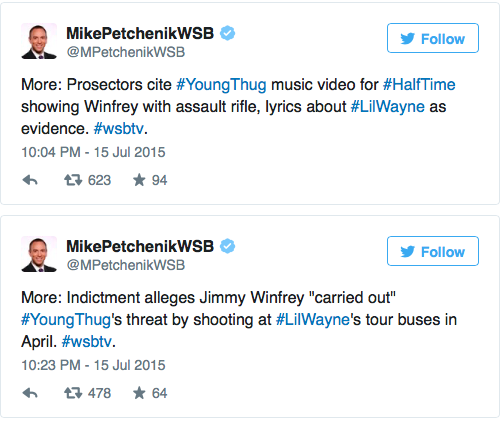 Despite the extreme allegations, neither Birdman or affiliate Young Thug have been charged.

Lil Wayne has a long-running dispute with Cash Money Records, of which his Young Money imprint is a subsidiary. In January, Wayne sued Birdman and Cash Money for $51 million and freedom from the label. Wayne and his lawyers claimed Cash Money violated his contract by withholding money he’s owed for the delayed album Tha Carter V. According to the indictment, which cites Young Thug’s Barter 6 album title, as well as his “Halftime” music video, Young Thug sided with Birdman in the dispute. Young Thug and Birdman have not been charged in the incident. (Pitchfork)

May reports claimed Young Thug’s manager had been charged with multiple crimes in connection to Weezy’s bus being shot.

Atlanta PD got an arrest warrant for the suspect, Jimmy Carlton Winfrey, on May 21 … and he’s been charged with aggravated assault, terroristic threats, possession of a firearm by a felon, and criminal gang activity. We’re told by multiple sources in Atlanta that Winfrey has been Young Thug’s road manager — which is incredibly relevant since Thug’s been in a very public feud with Wayne for months. (TMZ)