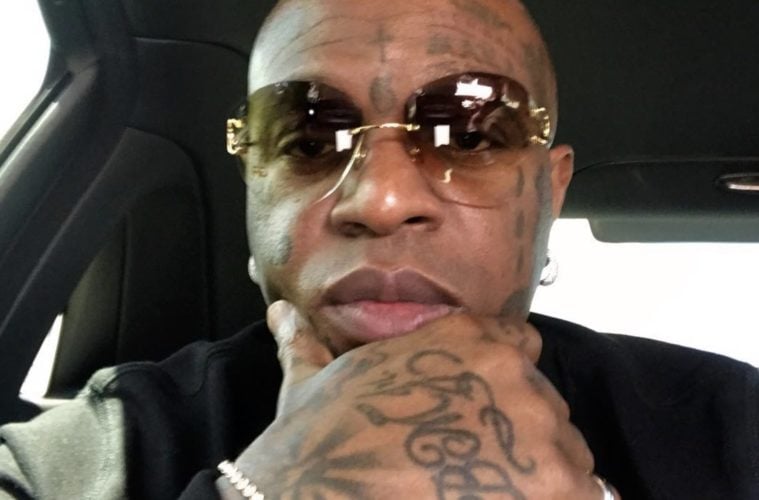 Cash Money Records boss Birdman is taking some serious legal action. The hip-hop executive has decided to go to war against a company he received a $12 million loan from.

According to reports, Baby believes EMG Transfer Agent had “toxic terms” for him to pay back the multi-million dollar hook-up.

He claims the company tried to disguise the loan as being for “business purposes” instead of for his personal use — the money went back into the home, to pay off a tax lien and to pay off another loan — in an effort to get around the law. He claims they assessed an illegal interest rate of 25% making it impossible for him to continue paying on the loan. Birdman is suing EMG Transfer Agent demanding “the return of all money or property given as earnest money or down payment” and for the termination of the loan, along with the return of all finance charges and unspecified damages. (The Blast)

In late December, a report emerged about Baby getting hit with a foreclosure lawsuit surrounding his Miami property.

EMG Transfer Agent filed a foreclosure lawsuit Nov. 30 against CM Spirits LLC, Criteria Operations LLC and Williams, targeting the 19,970-square-foot house at 70 Palm Ave. and the 26,040-square-foot office building at 1755 N.E. 149th St. The office building is the home of Birdman’s Hit Factory Criteria Recording Studios, where artists such as Destiny’s Child, Lil Wayne, Funkmaster Flex and Juvenile have recorded. … The complaint alleges that Williams and his companies defaulted on the mortgage in February 2017 and owe $12 million in principal, plus interest. (Biz Journals)

“You mean you move to Miami, took out a loan on a mansion, then took out another loan on a mansion and you still ain’t paid your little n*gga. You ain’t had no money in six, seven years, n*gga. You should have came and borrowed something from Rozay. Now you wanna f*ck that old lady life up too. You probably borrowing some money from her. I might go buy that f*cking house on the water just to keep my boat there. I ain’t even going to stay there, that sh*t’s too small.”

Recently, a report surfaced about Birdman owing $12 million on a loan or risk losing his Miami home.

According to court documents obtained by The Blast, Birdman borrowed the $12 mil in 2015 from a company called EMG Transfer Agent. The rapper put up his Miami mansion — the one he bought in 2012 for $14.5 million — as collateral for the loan. But Birdman defaulted on the loan and EMG wants the house foreclosed on so they can get their money. They are looking for their $12 mil plus interest and late charges. (The Blast)