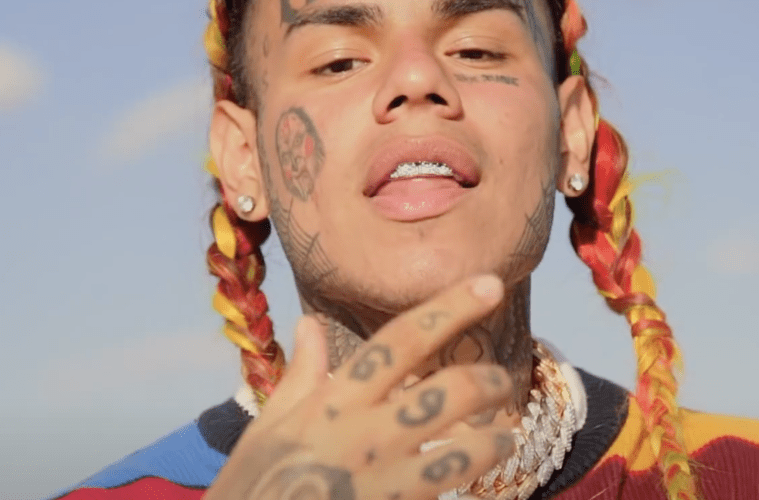 Industry chart leader Billboard isn’t messing around. After New York rapper Tekashi 6ix9ine claimed he was cheated out of a number one hit for his new single “GOOBA,” the company has clarified exactly how it compiled its rankings.

In a new published article, Billboard asserted their process between sorting through YouTube views, streams from platforms and radio data. It said Ariana Grande and Justin Bieber‘s “Stuck With U” rightly earned the top spot.

The total stream count for “Gooba”: 55.3 million combined audio and video U.S. streams for “Gooba” were reported to Nielsen Music/MRC Data and Billboard for this week’s Hot 100. 6ix9ine’s claims that not all of his streams were properly counted: Streaming numbers visible to the public on audio and video data platforms do not reflect the volume included in Billboard’s chart calculations. Neither do the stream counts that services make available to content owners (including 6ix9ine and his team) directly through a proprietary data feed or dashboard. Instead, each data provider provides a post-audit number to Billboard and Nielsen Music/MRC Data — excluding streams that do not meet long-standing charting parameters, such as U.S.-based-only plays, minimum play length, excessive plays and lack of user verification. (Billboard)

Billboard also spoke up to respond to some of 6ix9ine’s other claims, which included him saying 30,000 sales of “Stuck With U” could be traced back to 6 credit cars.

6ix9ine’s claims that “six credit cards” were responsible for a hefty percentage of the “Stuck With U” sales: Billboard and Nielsen Music/MRC Data conducts audits on all sales reported with access to purchase-level detail, and works with data partners to recognize excessive bulk purchases and remove those units from the final sales total. 6ix9ine’s claims that Billboard would not “disclose” information about data when asked: Billboard and Nielsen Music/MRC Data were open and forthright with all information pertaining to “Gooba” with 6ix9ine’s team. That includes explaining the Hot 100 methodology and how the final ranking and chart points for “Gooba” were calculated. (Billboard)

According to reports, Tekashi 6ix9ine’s chart history has currently been removed on Billboard’s site. In addition to those details, 6ix9ine’s name isn’t coming up in searches on the site.

The media brand has taken heed to 6ix9ine’s allegations and have allegedly removed all of the rapper’s chart history. Tekashi prided his success on having consecutive records on the Hot 100 charts and often dismissed feuds with other artists who did not accomplish the same feat. (The Source)

On Monday, 6ix9ine hit up Instagram with a slew of anti-Billboard posts in which he spoke about how he felt cheated out of topping its Hot 100 chart.

“@arianagrande All I’m saying is I worked super hard to make it out of Brooklyn NY. I speak for the millions of kids who aren’t as fortunate as you. The millions who weren’t fortunate to be on T.V.. LIFE is REAL when you’re on welfare LIFE is REAL when you grow up with out a father. You don’t know what that is like. You say for me to be humble …. I don’t think you know what humble is………. YOU ARE VERY TALENTED AND BEAUTIFUL GOD BLESS YOU. But you will NEVER UNDERSTAND MY PAIN 💯”