Big Sean Reveals How Jay Z Blessed Him W/ Roc-A-Fella Chain: “He Hit Me Like, ‘What Size You Want?'” [Video]

In a new interview, Sean revealed a regular conversation with Young Hov ultimately landed him the iconic piece.

“Hov said he made it,” Sean said referring to the chain. “I never thought I’d have a Roc-A-Fella chain, just to keep it real. It was always one of those things growing up, you want a Roc-A-Fella chain, it was like one of the most iconic chains to me growing up. Honestly. Eh, there’s a couple other crazy ones. No Limit. But the Roc-A-Fella chain I feel was second to none. I remember, what happened was I was just having a conversation with him about it. Jay Z. I don’t remember exactly what [we said] but then all of a sudden he hit me and was like, ‘You know, what size you want? What size chain you looking for? Full size or mid-size?’ I’m like, ‘Full size!’ And anyway, he gave it to me and he hit me like, ‘Go pick it up from the jeweler,’ and was just like, you earned it man.” (“The Breakfast Club”)

Earlier this month, Sean showed off his iced-out chain. 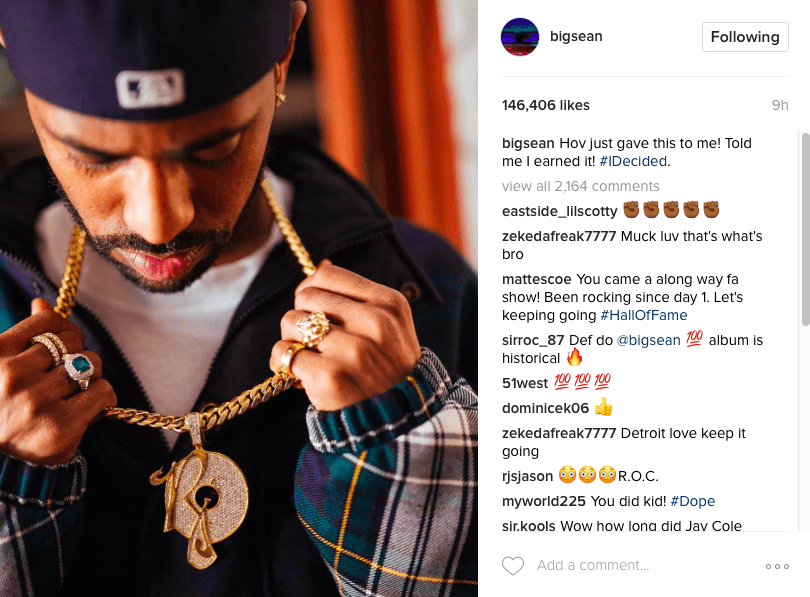 This week, Sean sent a friendly message to anyone sleeping on his new I Decided album.