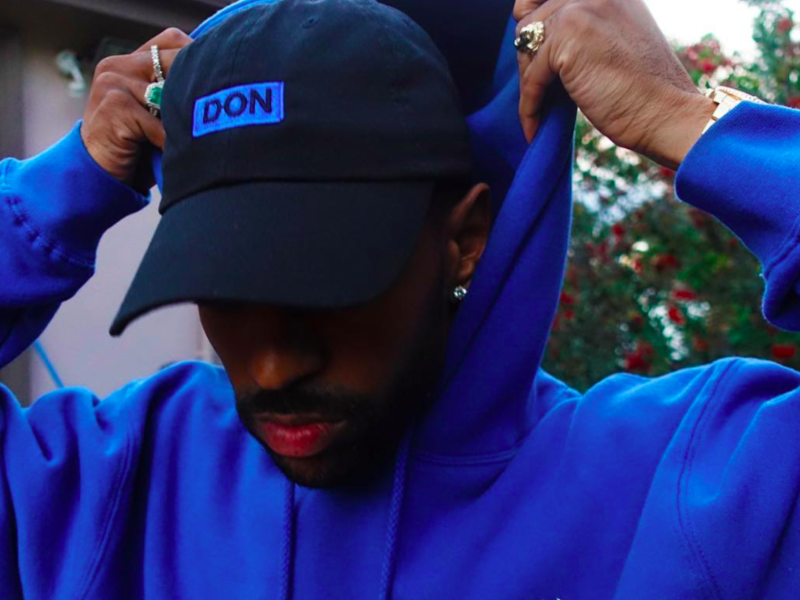 Big Sean Feels The Countdown: “Is It Time To Drop The Album Yet Man? F**k”

G.O.O.D. Music‘s Big Sean can’t wait to get his I Decided album out. Sean Don went to social media to troll himself about the highly-anticipated LP’s rollout.

The Detroit native jumped on Twitter Tuesday (December 27) to show off his eagerness to have his album arrive. 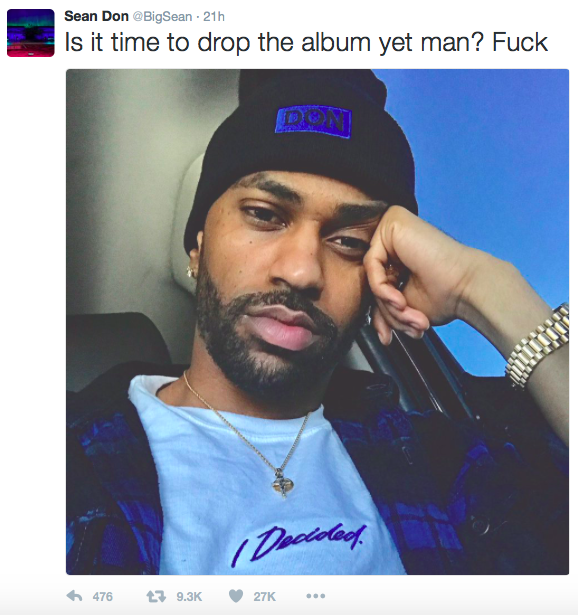 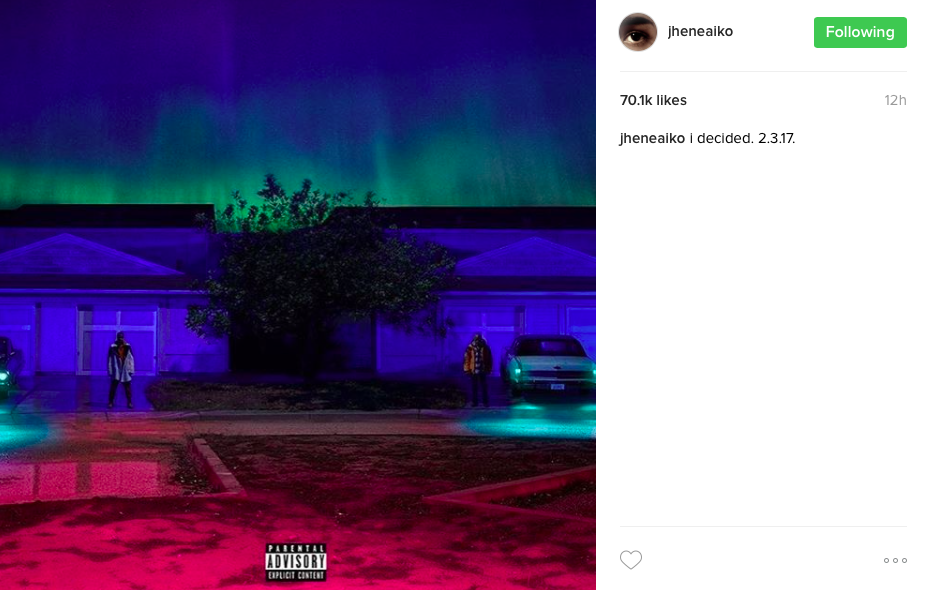 Hours prior, Sean surprised fans with the album’s artwork and release date. 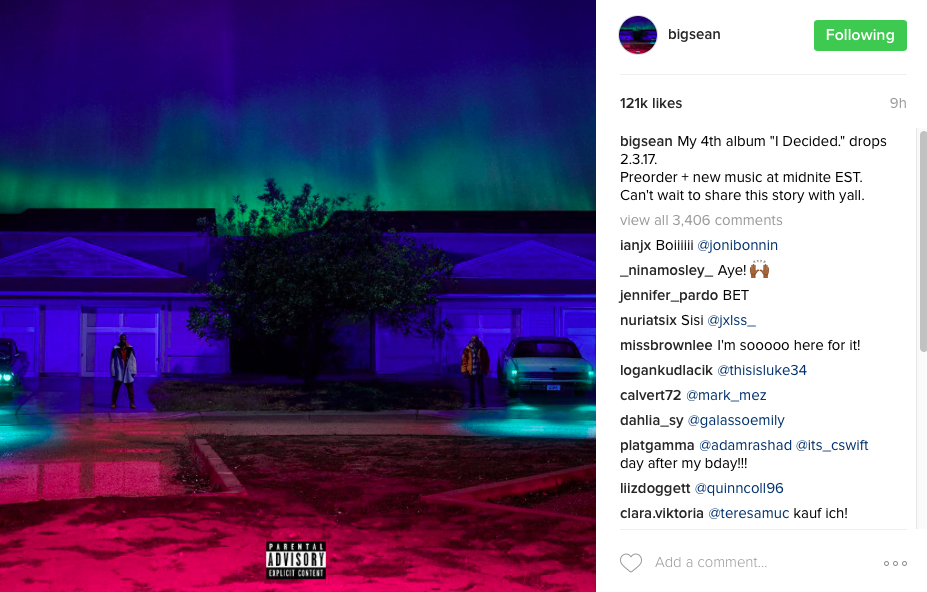 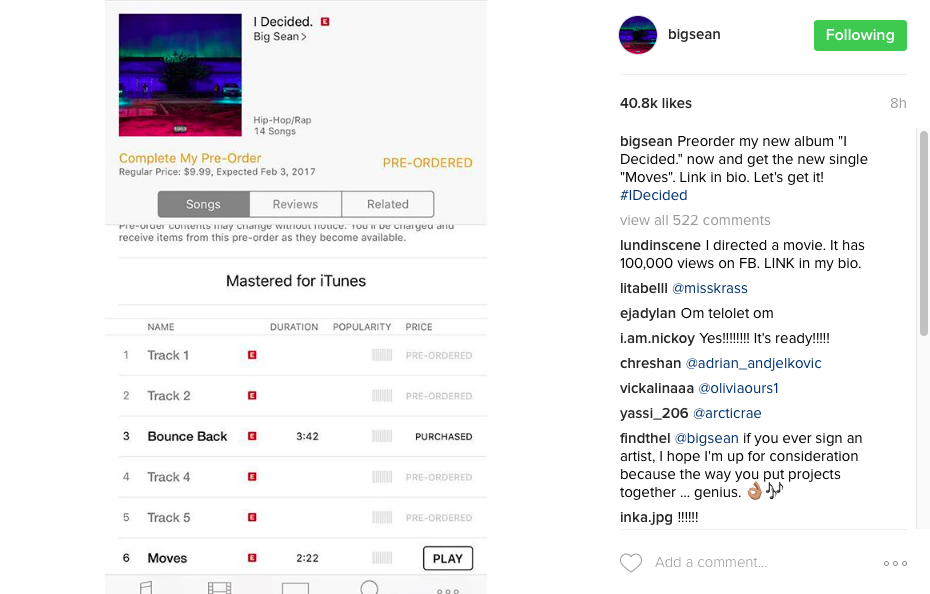 "Moves" out now. Produced by @fuse808mafia. Link in bio. #IDecided

A few weeks ago, BS treated fans to his star-studded “Living Single” anthem.

Back in July, a song featuring Big Sean, Chance the Rapper, and Jeremih called “Living Single” surfaced. Chance tweeted that the leak did not “feel good,” and Big Sean confirmed that the new song was set for his new album. The final version of the track has now been officially released. It follows Big Sean’s recent tracks “Bounce Back” and “No More Interviews.” (Pitchfork)