Turnt Up Tuesday. It’s all about getting turnt up, so why not start things off with Big Pun‘s mother being a serial robber? Speaking of mothers, is Kimora Lee Simmons ready to welcome her fourth child into the world? Is G-Unit back to name-dropping and going off on artists like Future and Migos? All this coming up in SOHH Whatcha Think.

Is the late Big Pun rolling in his grave? You might think so after reports of his 63-year-old mother being a bank robber. Could this be true? Atlanta Daily World is on it:

Gail Simpson, 63, was apprehended by the Miami-Dade Police Department on Sept. 23 after she walked into a Wells Fargo branch at around 3:30 p.m. and demanded money from a teller. Simpson got off with an undisclosed amount of cash. After she scampered off with the thick stacks, word began to circulate about Simpson’s true identity. Her real name is Gail Tirado, and she’s been in trouble for robbing a bank before. She’s currently on probation from a June attempted armed robbery conviction. (Atlanta Daily World)

Are things getting that serious for the Big Pun family? Should Fat Joe do something? What’s really going down? #SOHHWhatchaThink?

Kimora Lee Simmons isn’t quite 40 but at the age of 39, she’s ready to give birth to another child. Yahoo News is all over this: 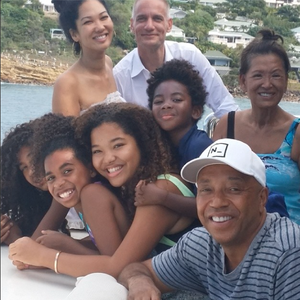 According to the New York Post, the model-turned-fashion designer is four months pregnant with her first child fathered by husband Tim Leissner, who is an investment banker.

The happy couple were recently spotted celebrating the news over dinner at Gallaghers
Steakhouse in New York and are said to be over the moon.

Is there a limit to how many kids become too many? #SOHHWhatchaThink?

Is G-Unit back to dissing artists? Not really but you have to get excited when they start name-dropping. GGN has the footage: