https://www.instagram.com/p/B-pr2xspnie/
As seen on SOHH.com - follow @sohh @sohhdotcom
999 Views Comments Off on Bhad Bhabie Now Looks Like Kim Kardashian + The Internet Is Big Mad At Her Blackfishing: “She Wanna Be Black So Bad”
Share

This week, Bhad Bhabie introduced the world to her latest transformation. BB lost her recent dreads and shared clips of herself appearing more toned with straight black hair.

The Internet wasted no time in going off on Bhad. Social media made comparisons to reality TV star Kim Kardashian and also accused Bhabie of blackfishing.

A few weeks ago, Bhad treated her millions of followers to a look at an insanely large tattoo. The artwork appeared to feature Bhad’s face with the word ‘Loyalty’ underneath it.

The ink job didn’t blow everyone away. Instead, tons of people lit up BB’s comments section and went in on the permanent portrait.

“Is that supposed to be you? Looks nothing like you” @cheetara_thunder

“You bad. But that tattoo not” @Danny.garciaaaaa

“Why just why. You’re 16 you’re going to regret those so much. Don’t be a follower. Be a leader” @sohol1fe

Comments Off on Bhad Bhabie Now Looks Like Kim Kardashian + The Internet Is Big Mad At Her Blackfishing: “She Wanna Be Black So Bad” 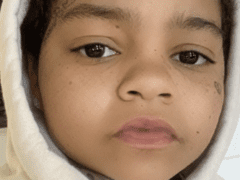 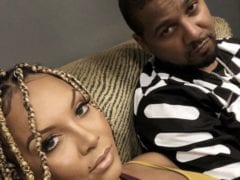