Beyoncé’s Back On Her Instagram Grind W/ Baby Bump Lingerie

Grammy-winning singer Beyoncé’s letting her pregnancy go by with some active Instagram activities. The R&B icon has celebrated Memorial Day with Blue Ivy Carter by her side.

Early Tuesday (May 30), Queen Bey went to IG with a shot of herself and Blue Ivy. 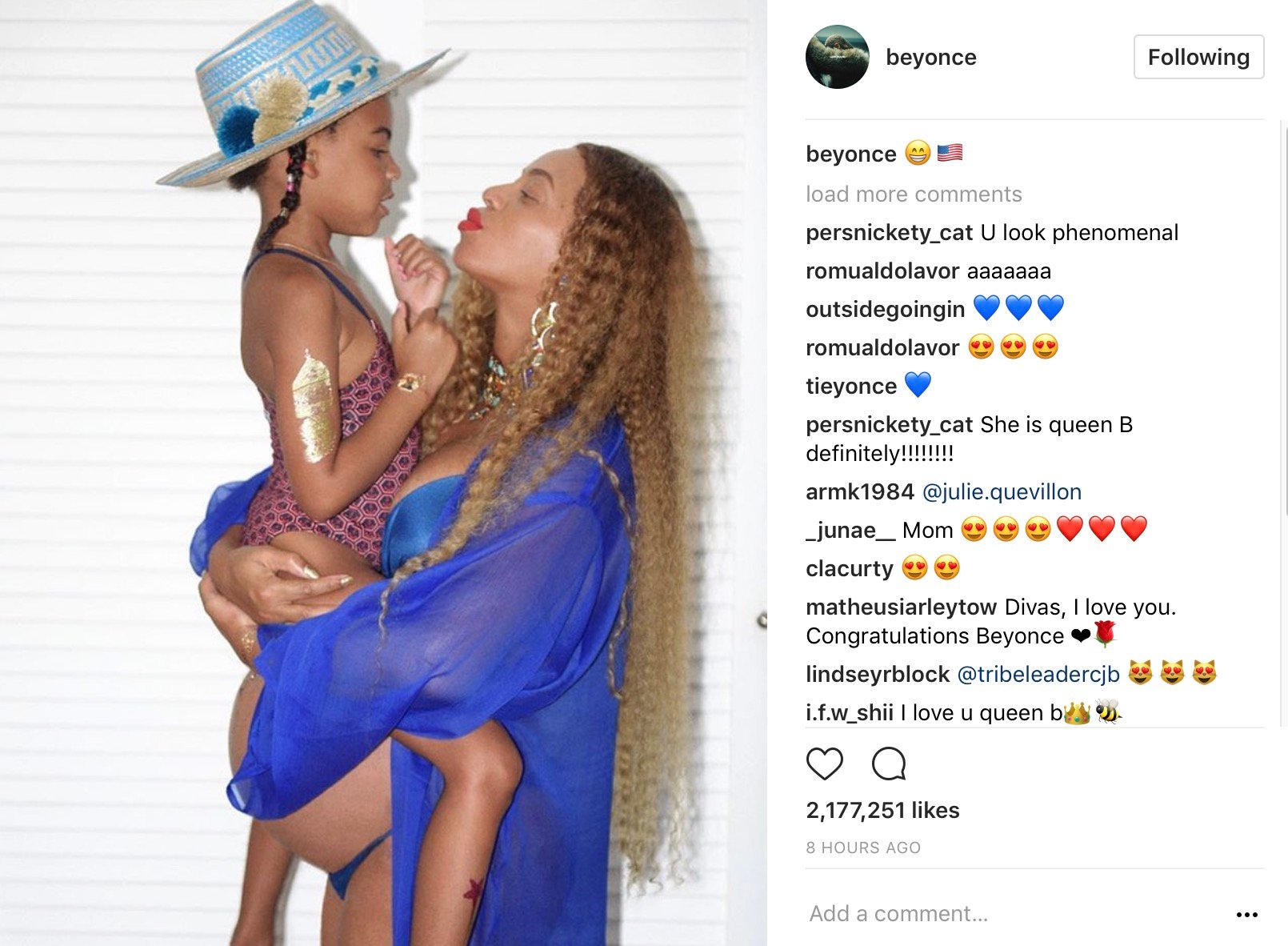 Recently, Bey jumped on social media with fresh shots of her recent The Carter Push Party. 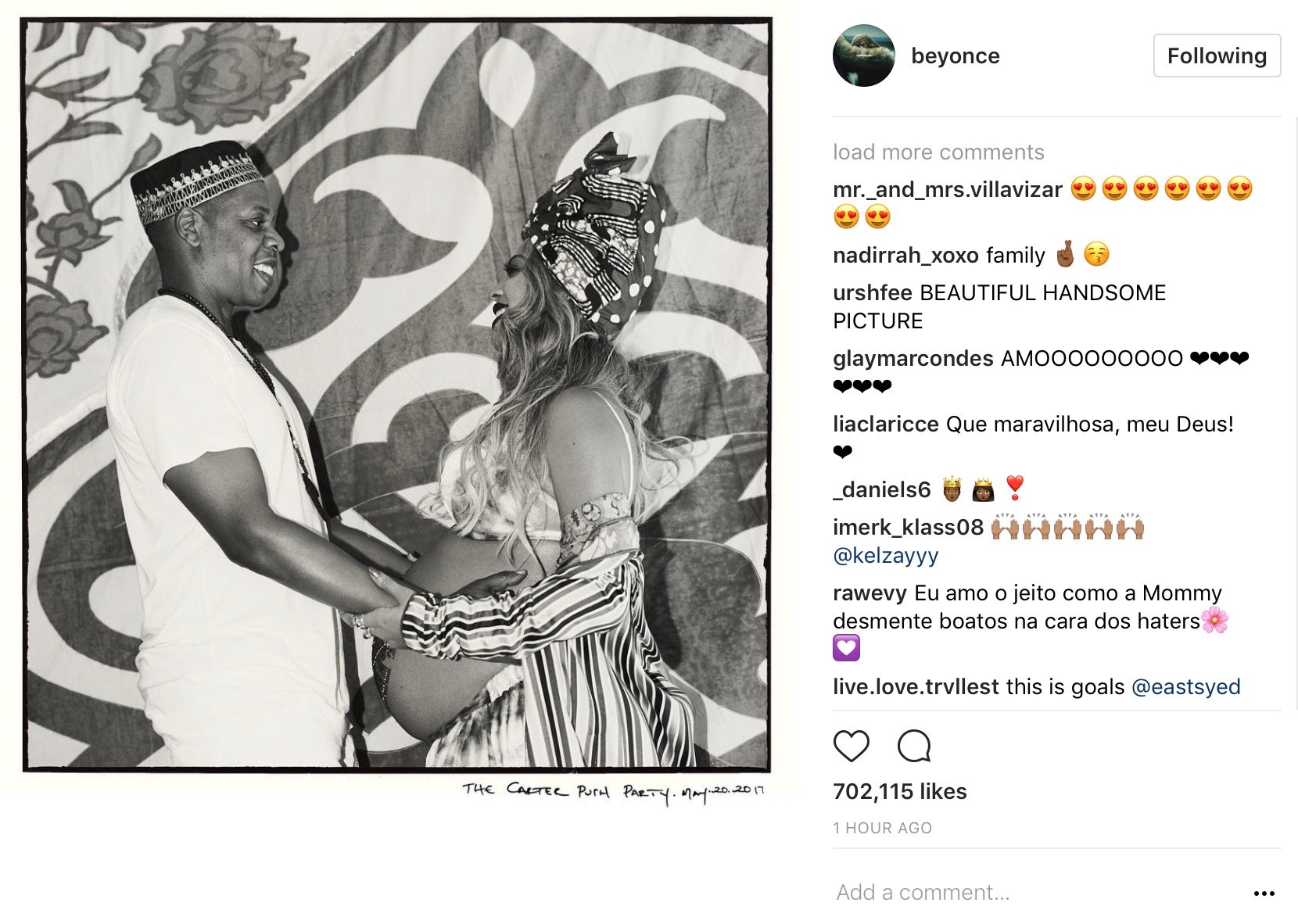 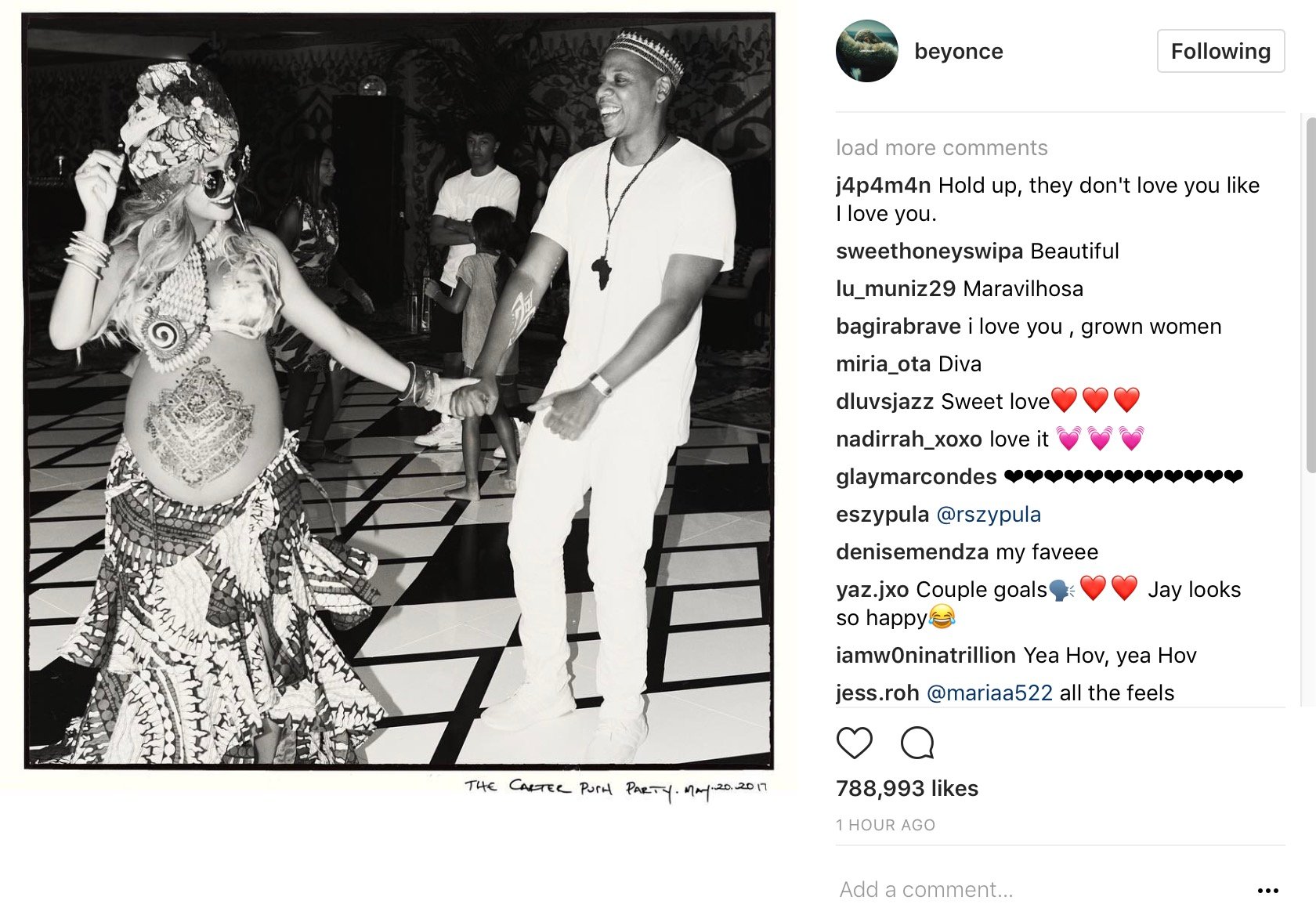 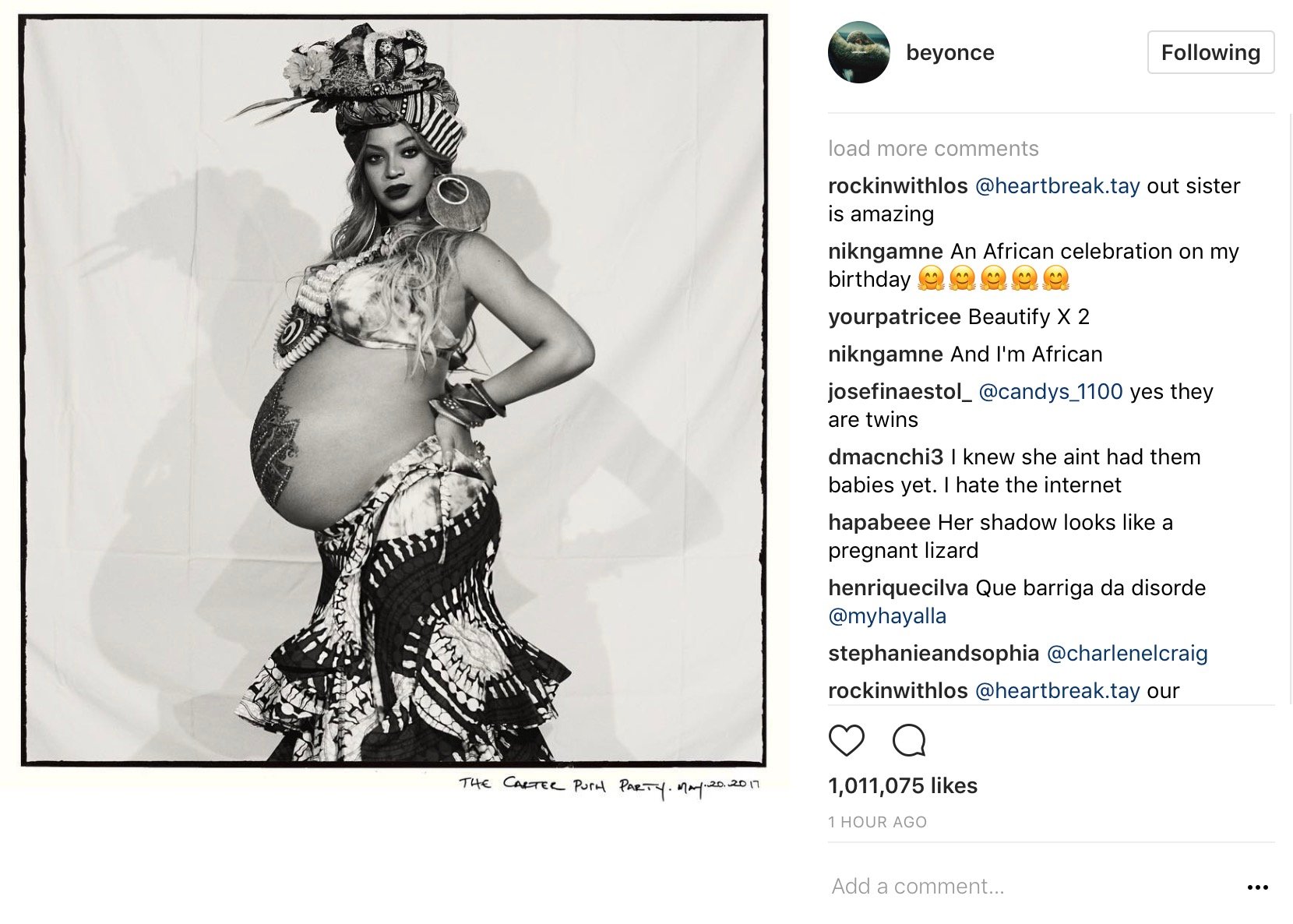 Hours prior, pics bubbled online of Queen Bey showing off her tatted baby bump at the party. 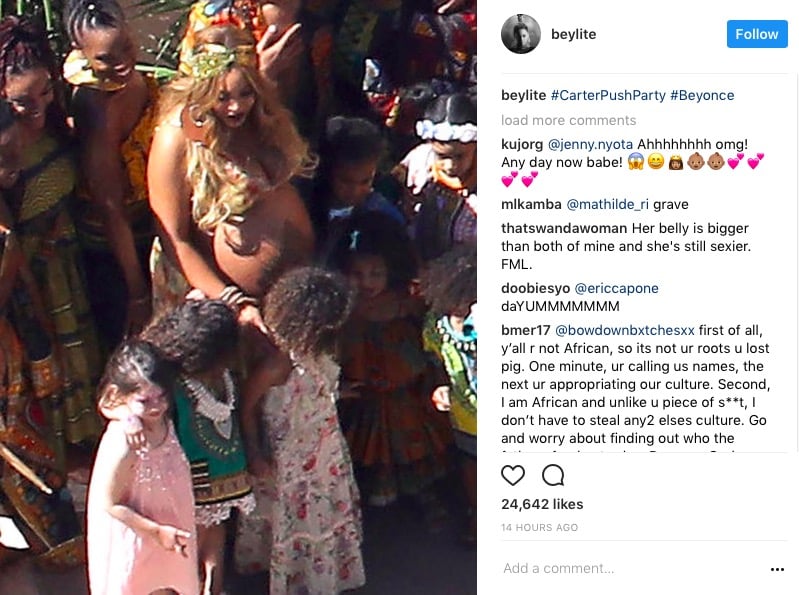 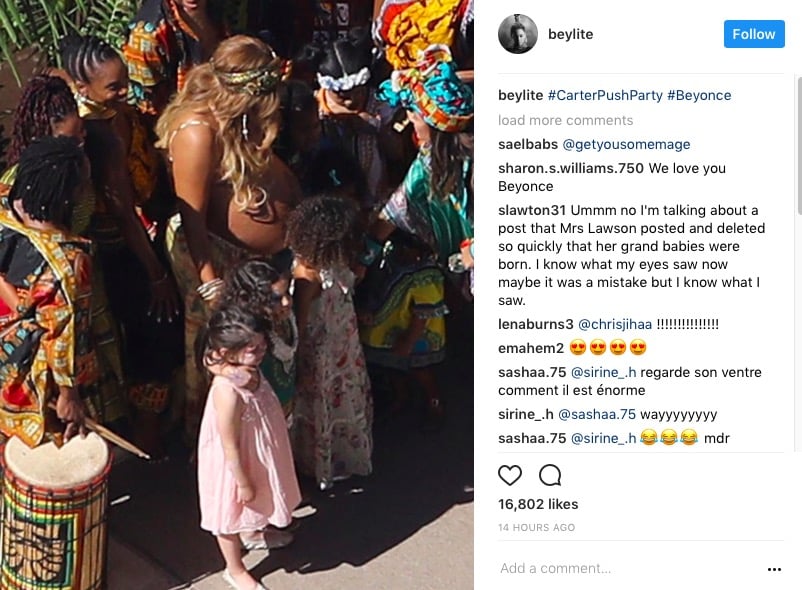 According to reports, a slew of high-profile entertainers came through for Bey’s party.

Bey hosted a “Carter Push Party” Saturday and invited her mom, Tina, and a few her famous gal pals — including her Destiny’s Child crew Michelle Williams and Kelly Rowland … plus Lala Anthony AND fellow expecting mom Serena Williams. But the highlight was obviously Queen Bey, who was walking around in some kind of tribal outfit with her very preggo belly fully exposed … and covered in henna tattoos. Reminds us of when she first announced the twins. (TMZ)