Previous Next
Up Next
http://www.etcanada.com/blogs/etc_190823/beyonces-short-hbo-film-is-coming-next-week/music
999 Views Comments Off on Beyoncé Teams Up W/ HBO To Pour Up “Lemonade” [Video]
Share
"]

According to reports and a 20-second trailer, the top secret release is going down next weekend.

Here’s what we do know about Lemonade: It’s premiering on Saturday, April 23 at 9 p.m. ET on HBO (no confirmation yet on whether it will also be airing on HBO Canada). Rumour has it that whatever Lemonade is, it will tie in with her upcoming new album (which fans are hoping is released prior to the start of her tour on Apr. 27). (ET Canada)

Check out Beyoncé’s “Lemonade” preview on the next page…

In a recent ELLE feature, Beyoncé addressed the backlash she received from law enforcement over her “Formation” music video.

“I’m an artist and I think the most powerful art is usually misunderstood. But anyone who perceives my message as anti-police is completely mistaken. I have so much admiration and respect for officers and the families of officers who sacrifice themselves to keep us safe. But let’s be clear: I am against police brutality and injustice. Those are two separate things.” (ELLE)

Buzz about Bey hooking up with the victims of police brutality developed a few weeks ago.

Speculation of new music coming from Bey and her hip-hop husband Jay Z recently stirred up.

Beyoncé is close to making a new worldwide, multi-album deal with Sony Music, and the final release under the current deal is now set for April. But there are rumors of another Beyoncé album in 2016, this one a joint project with husband Jay Z. (HITS Daily Double) 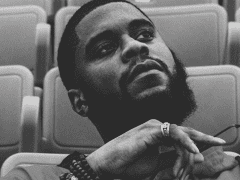