Grammy-winning singer Beyoncé treated herself to an unforgettable night this week. The R&B superstar linked up with her sister Solange and hip-hop veteran Missy Elliott.

Elliott has tossed up a pic of herself, Solange and Queen Bey from last night (July 21) at the FYF Fest in Los Angeles. 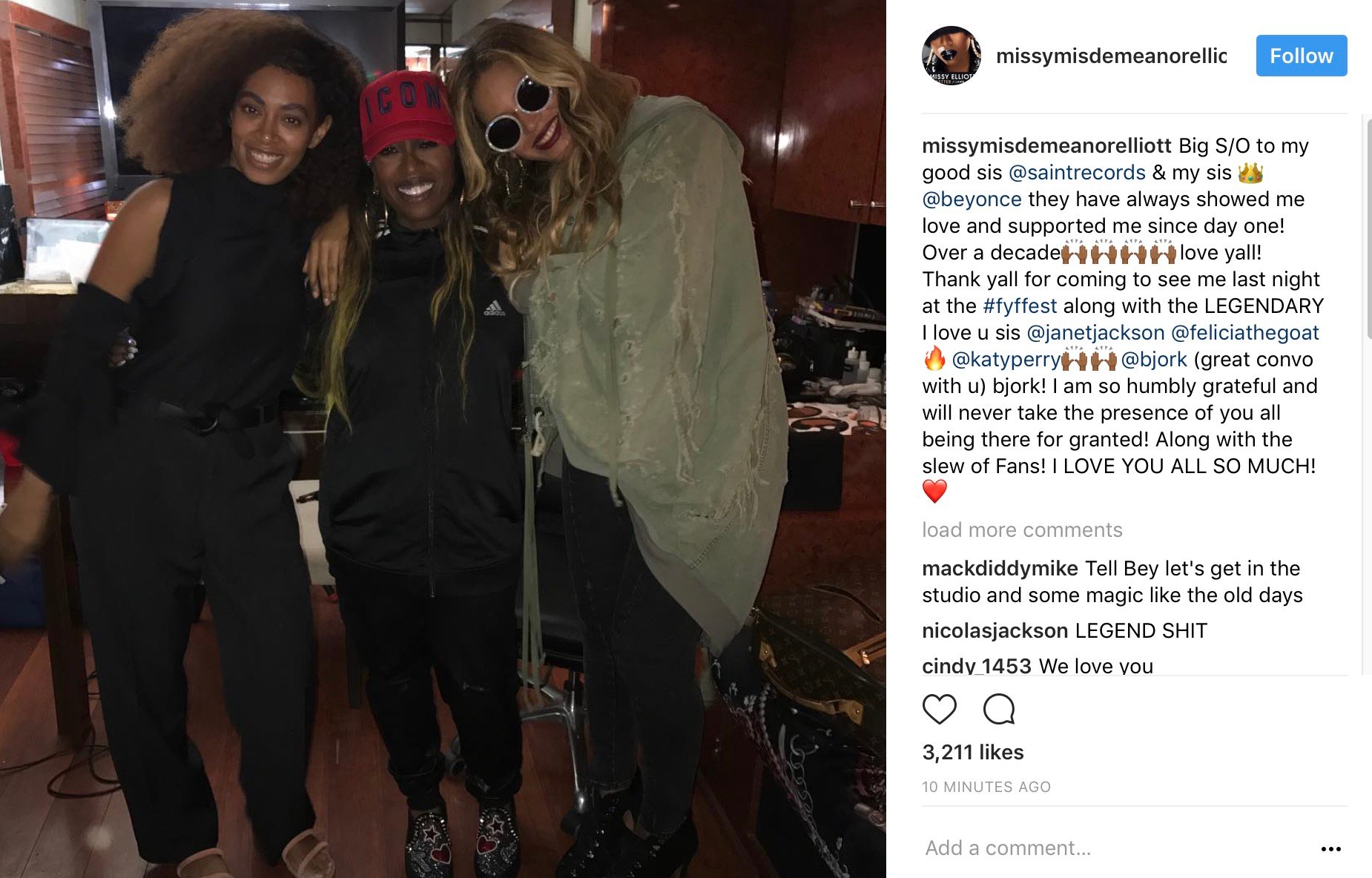 Last week, Beyoncé shook up the Internet with her new headline-generating twins pic. In late June, buzz developed about what Bey named her recently born son and daughter.

Beyonce and Jay-Z’s twins’ names are a mystery no more — at least it appears that way. It seems Rumi and Sir Carter are the new additions to the family. We know that because the company run by Bey and Jay that owns the trademarks to their names just filed legal docs to secure the rights to the names, Rumi Carter and Sir Carter. (TMZ)

“Jay’s usually the one that gives me counsel, so I was so happy to give him counsel on this. The thing that I said is that you really have to be prepared for double the love. … You’re used to getting love from one child, but when you get this incredible love from two kids and they’re twins, it’s truly a blessing and may God bless him and Beyoncé and the family and everybody out there that has kids—period. That’s what really runs our lives, but to have twins is double the fun.” (“Late Night With Seth Meyers”)