Vixen Bernice Burgos had to get something off her chest this week. The hip-hop model has clapped radio personality Angela Yee over a recent interview.

This week, Bernice appeared on “The Breakfast Club” radio show and went at Yee for allegedly trying to jab her in an interview with actress La La Anthony.

Back in June, rap star Meek Mill reacted to a Bernice co-sign.

I wish I could send this to my homies in the bing!!! 😁 #whateveryouneed @realberniceburgos 🍫 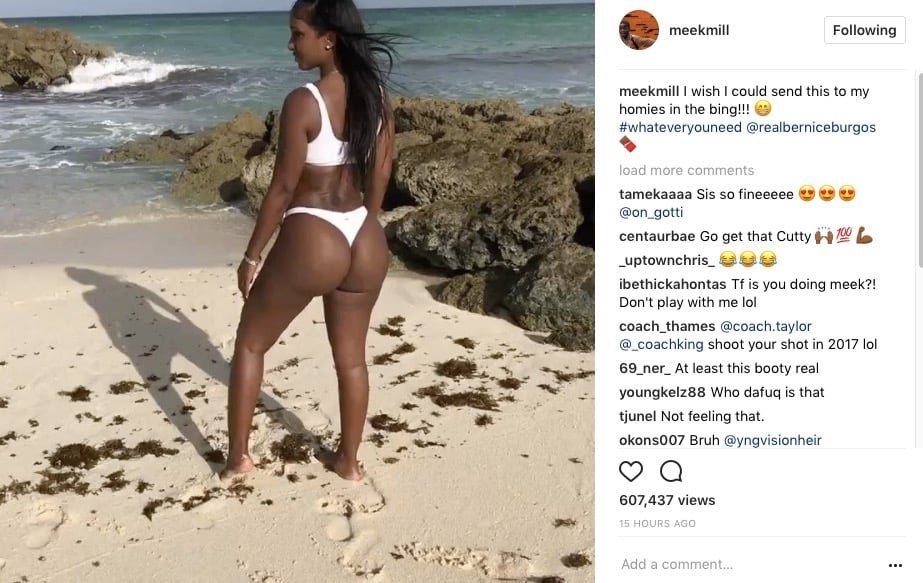 Earlier the same week, Bernice gave Meek some extra attention with the “Whatever You Need” single co-sign. 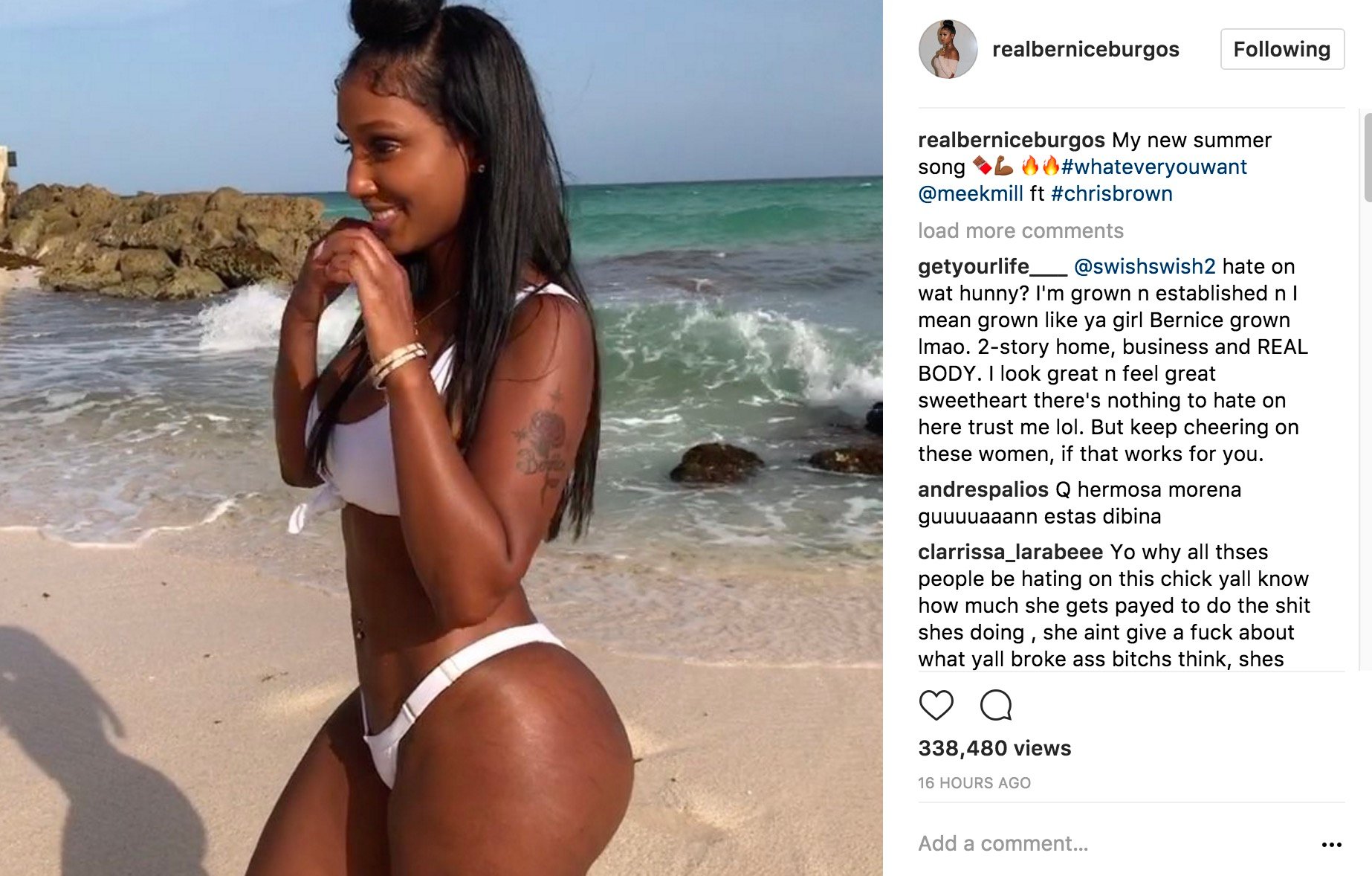 “My thing is nobody is saying anything about T.I., everybody is saying everything about Bernice but really nobody knows anything. No one knows facts. So, that’s what makes me so frustrated that immediately you go towards the woman. It’s all her fault, she did it, she’s the one that seduced him when really it’s a mutual thing. Right? It takes two to tango. She’s saying that she’s not doing it. I don’t know what he’s saying. Tiny’s probably just upset because that’s her husband. I get it. It’s a big ol’ mess and I just feel like as women we need to stick together. There’s an easier way to get this done. Tiny, call her, have a mature conversation and figure out what the hell it is.”

#PressPlay #AmberRose, the ambassador for women everywhere weighed in on #TI #Tiny and #BerniceBurgos' relationship issues. Does her opinion matter? Via @fameolousent_