Celebrity jeweler Ben Baller knows he’s kind of a big deal. The California native has reacted to getting some respect put on his name courtesy of Jay Z, Frank Ocean and Tyler, the Creator‘s new “Biking” song.

Baller went to Twitter this weekend with his initial thoughts to Ocean name-dropping him. 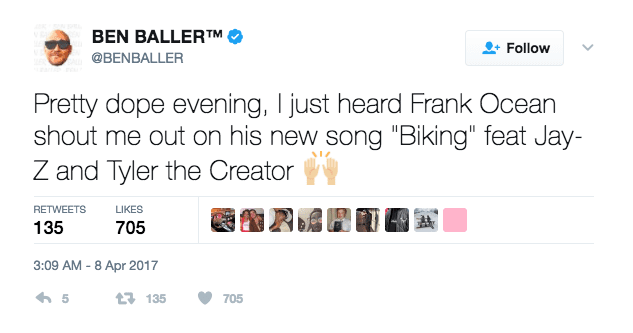 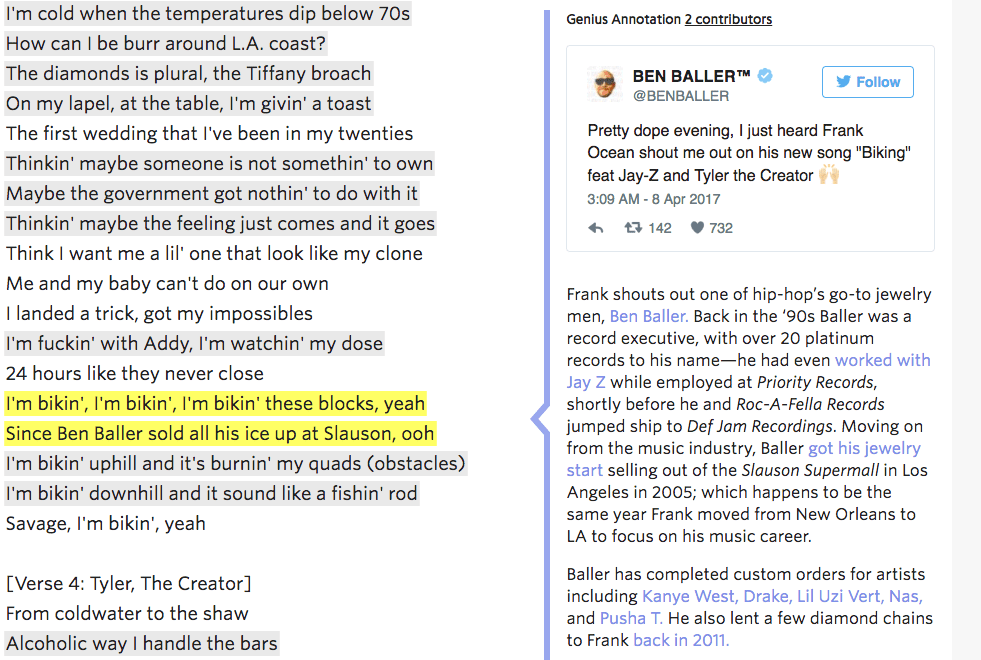 Heading into the weekend, Tyler, the Creator and Frank Ocean unleashed their must-hear Jay Z collabo.