In a new interview this week, Sigel said fans’ anticipation for a full-fledged Roc reunion could force it to happen.

“That’s just life, life just pulls you in different directions,” Sigel said about the reunion. “The other day it was like, nothing ever changed. Everyone was happy, smiling, laughing, joking. It was normal. … [Full-fledged reunion?] I don’t want to spoil it. The reaction from the public, from the people, whether we on the same page or not, the public want that. I think after giving them that for two days and the reaction from it is undeniable, it’s gotta happen.” (Boom 107.9)

Watch Beanie Sigel’s interview on the next page…

“He was like, “I would love for you come perform with me at the TIDAL B-Sides event.” I was like, “Is there cows in Texas? You know I’m there!” There was no way I [was] missing that for the world. I’ve been on 10 ever since I got that call,” Freeway explained. “Shout out to Beans, man. God really favored him. He’s been through a lot, he pulled through a lot. For him to still be here and to do some positive things, it’s just a great thing. I’m so happy for him. He actually has a big show in Philadelphia coming up on the sixth of June at the TLA. We’re all gonna be there with him. It’s gonna be crazy.” (BET)

Jay Z unwrapped not only his pristine and nostalgic B-Side tracks for his TIDAL X concert Saturday night (May 16), but a moment that many have been waiting for happened in a matter of minutes. While running through classic Roc-A-Fella records, it was only fitting that Jigga brought out his familia including Memphis Bleek, Young Gunz, Freeway, and Beanie Sigel. (VIBE) 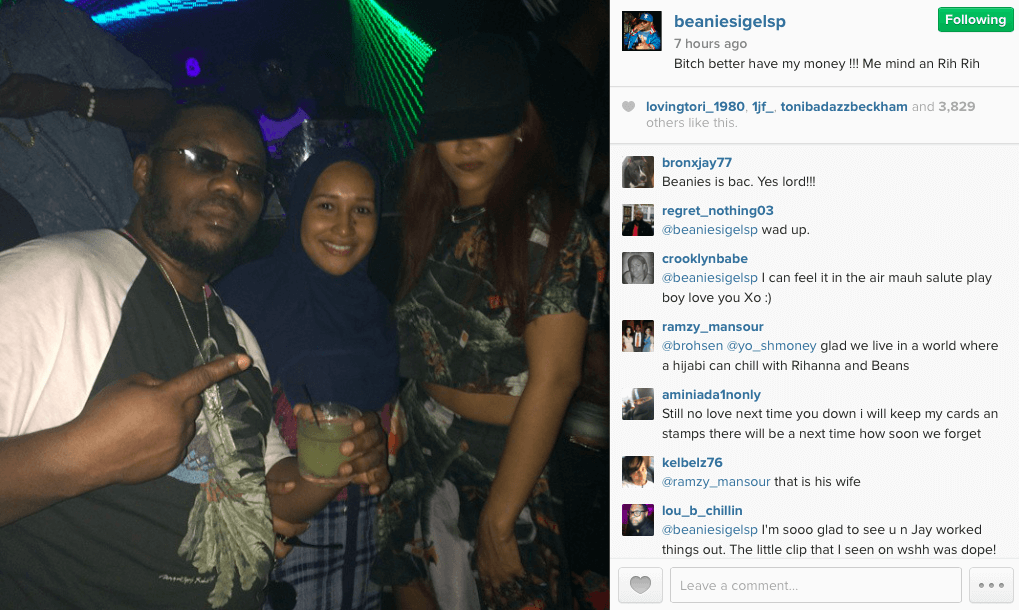 In early January, reports claimed Beanie had a lung removed as a result of a 2014 shooting.

It was not elective surgery. Doctors just couldn’t save the organ because it was riddled with fragments from a bullet someone fired into his stomach last month. Sigel was released from the hospital he’s called home since December 5. He went directly to Bacharach Institute for Rehabilitation in Pomona, NJ, where he’ll spend the next 90 days learning how to function with one lung. (TMZ)