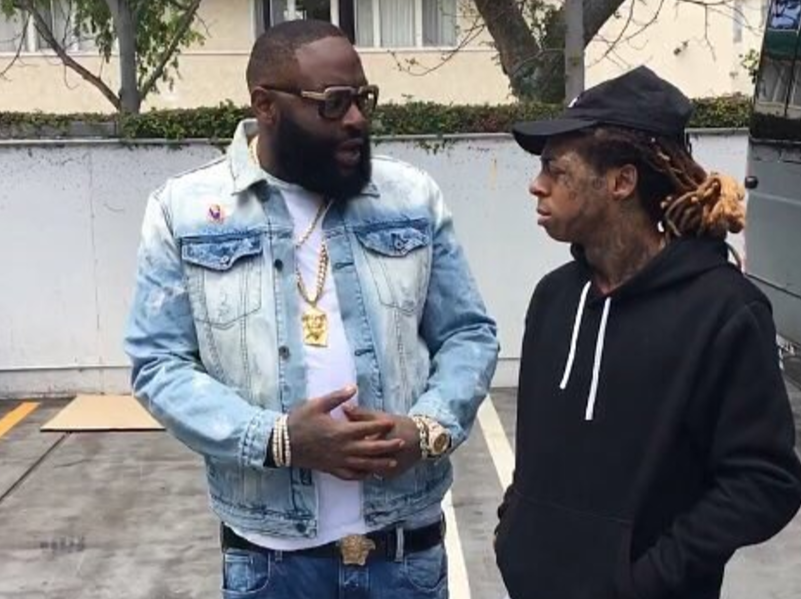 Maybach Music Group boss Rick Ross has met up with the man he came to the defense of on his recently released “Idols Become Rivals” diss song. Yung Renzel linked up this week with superstar Lil Wayne.

Ricky Rozay went to Instagram Tuesday (April 18) with a shot of himself alongside Weezy F. Baby.

#PressPlay: #RickRoss needs #LilWayne freed asap… but that look at the end though 😩Via @juliabeverly 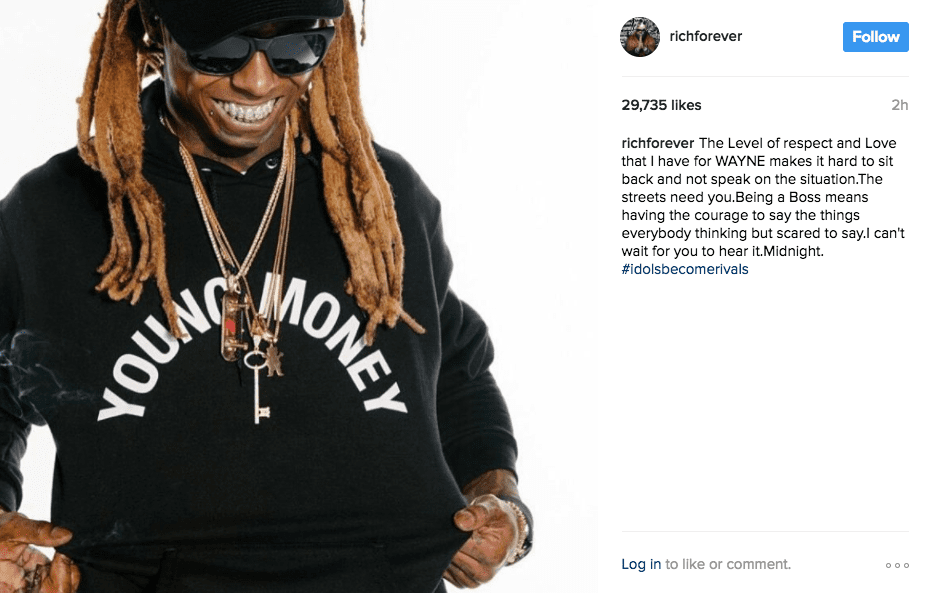