The man responsible for taking rapper Bankroll Fresh‘s life earlier this year has come forward to speak out on what really happened.

According to fellow hip-hop artist No Plug, an argument with Bankroll ultimately turned ugly and forced him to take his friend’s life.

No Plug said that he fired a couple of shots in self-defense and then pulled away, fearing for his life. “He fired a shot, and s— happened. We pulled off, and he ended up dead,” No Plug said in the interview. Police and the Fulton County district attorney said they are aware of the video. No Plug has not been charged and is not being called a suspect. (WSB-TV) 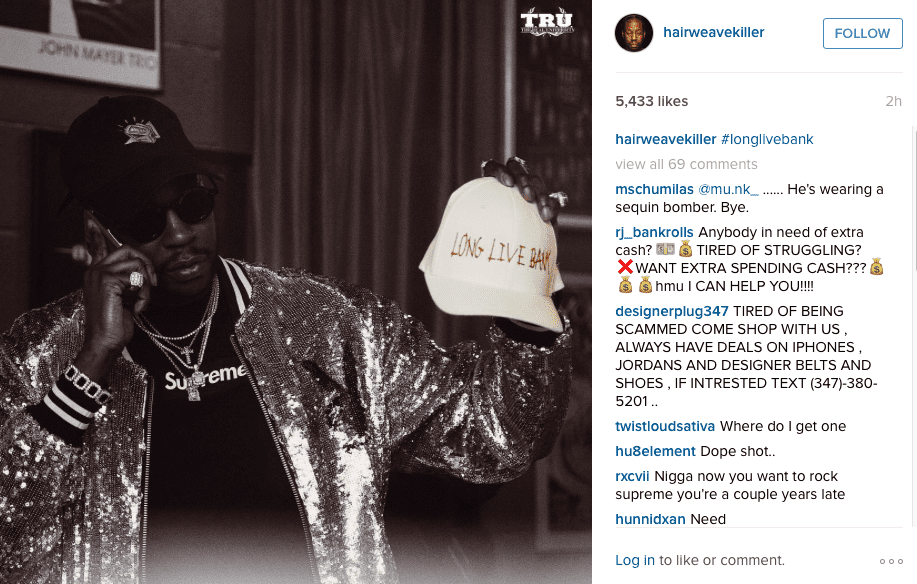 Earlier this year, Deuce explained his admiration for the late hip-hop artist.

“He was with my company, you know, signed to a company I’m a part of, Street Execs. He had his own movement called Street Money. He was an authentic rapper, trap rapper, from Atlanta, who touched many lives, lit up every room he went to. It was super unfortunate, super unnecessary, super senseless. And it just made me want to step up, use my platform for more positivity.” (“The Wendy Williams Show”)

Remember I took the boy to the Florida crib to work and we went to club LIV ,, we turnt up in dat bih and bank took his shirt off they was like noooo you gotta put your shirt back on I was laughing like hell !!!#longlivebank

Daaaamn lil homie. U was a cold one. A solid stand-UP young'n…. Prayers to U & ya Fam lil Bro. RIP #BankRollFresh

Sometimes shit just get to moving so fast it's impossible to make sense of it all…. I know death is apart of life but it seems so unfair to snatch somebody before they got to begin to reach their potential & change they life. And now it's OVER??? Can't be. We got nothing but Love,Respect,&Admiration over here fa u lil bro!!!! Salute… #RIPBankrollFresh long [email protected]

This shit KEEP HAPPENING!!!! Chinx,Snupe,Doe-B,Dolla,Duncan,Stacks Bundles, Dex Osama…. The list of young talented kids who died before they could really get a chance to make it,gettin longer than the ones who actually DO get to MAKE IT. We come from NOTHING… And can just as easily loose it ALL FOR NOTHING. I looked forward to seeing what u was gon do next. I seen young niggaz kick it a thousand ways & I can tell when the sauce is sincere. U was a real1 who always came from a real place…. More than I can say for most of these sour muuuufuckaz who still here getting the chance u didn't. My family's Prayers to U & Yours lil bro. #RIPBankrollFresh